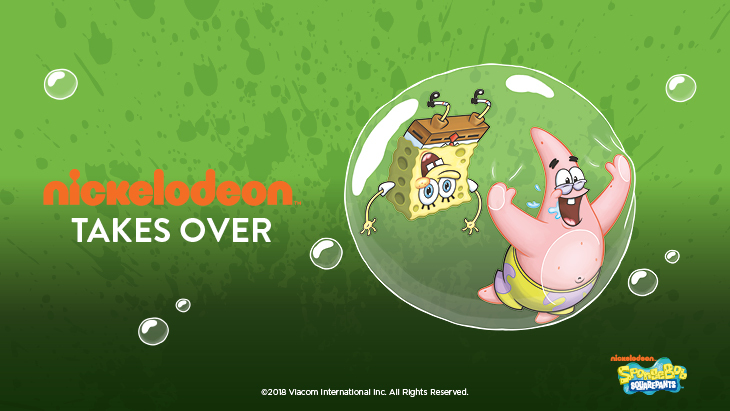 Nickelodeon is taking over Westpoint this April school holidays in search of kid super fans for the brand new season of the Logie-nominated, locally produced series, SLIME CUP.

Nickelodeon is bringing two weeks of free, family friendly activities to the centre from Sunday, 15 April, and hosting live auditions for SLIME CUP on Saturday, 21 April and Sunday, 22 April.

In week one, families are invited to take part in the Teenage Mutant Ninja Turtles Craft Workshops from 10am – 2pm daily where kids can make their own crime fighting turtle mask plus have the opportunity to get up close to their favourite turtles Leonardo, Donatello, Michelangelo and Raphael!

The SLIME CUP live auditions will run from 9am until 4pm on Saturday, 21 April and Sunday, 22 April where Nickelodeon is scouting for 12 duos of kids to star in the epic, slime-filled, 6-episode series, coming to screens in June! Kids who attend the auditions, must come with a team outfit and name that celebrates any Nickelodeon show or character, all while demonstrating their unique personalities, expressing themselves and their creativity. Super fan duos must prove to the producers that they have the skills, smarts and swag to compete for the most epic honour imaginable: Nickelodeon’s SLIME CUP.

The fun doesn’t stop there! Over the entire two weeks kids can visit the giant Nickelodeon colour-in wall from 10am – 2pm on level 3 opposite Pandroa where drawing on the walls is encouraged! Find your favourite Nickelodeon character and get colouring! There will be plenty of opportunities to snap some fun photos at all events and if you share your pic on the Westpoint Shopping Centre Facebook page and hashtag #westpointnickelodeon, you could be the lucky winner of one of two Nickelodeon prize packs*!