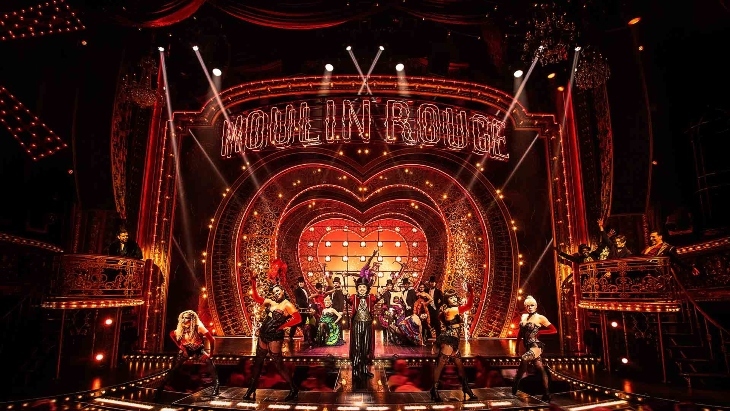 Welcome to the Moulin Rouge!

The five-star musical is coming to the Sydney stage in 2022 in spectacular, glamorous, rouge-painted style!

The musical adaptation of Moulin Rouge has received rave reviews from its Melbourne run and we're expecting the same pizazz come opening night in Sydney. Audiences can get ready to see all the same glitz and glam on stage and hear all their favourite melodies, including 'Lady Marmalade', 'Come What May', 'Your Song' and a whole new version of the 'Elephant Love Medley'.

The Australian production's cast is led by Alinta Chidzey (Chicago, West Side Story) as Satine and the relatively new Des Flanagan as Christian.

Visit the website for more details of Moulin Rouge the Musical.