Keith Urban Is Coming To Sydney For His 2021 World Tour 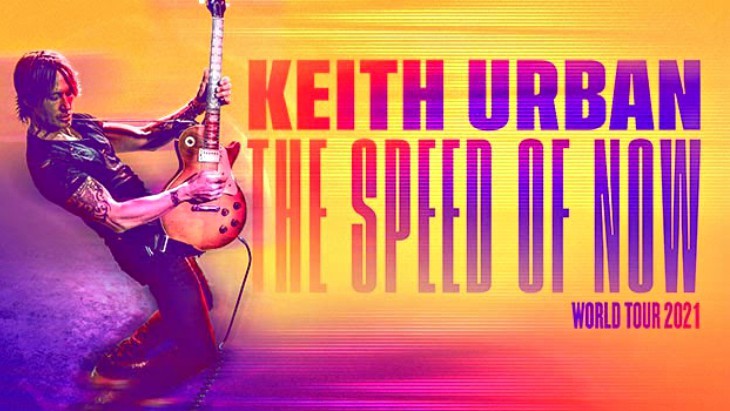 Homegrown country crooner Keith Urban is coming down under next year as a part of his long-anticipated The Speed Of Now World Tour 2021.

Leaving Nashville behind to deliver his first concerts in Australia in over two years, the award winning performer will be belting out a set filled with his best-known hits and new songs from his album, The Speed Of Now Part 1, giving fans a unique opportunity to see him perform songs from his tenth studio album.

Urban’s two-hour shows are power-packed with showmanship and an energy that gives him the unique ability to touch every soul in the audience. He'll also be surrounded by the spectacle of a never-before-seen state-of-the-art production.

Don’t miss one of the music industry’s best live performers. Tickets are on sale now!