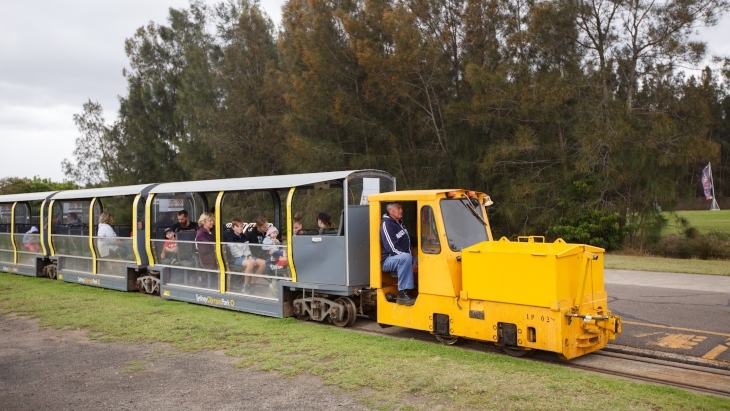 Sydney Olympic Park is a recreational wonderland for adults and kids alike. For those who want to make the most of the fresh air and get outdoors (before the weather turns chilly), there are a number of parks and playgrounds to explore as well as great outdoor activities.

Explore Newington Armory with this new School Holiday Scavenger Hunt. Use the map to find all the items on the list and take a photo of your self at each item. Finish the Scavenger hunt to claim your prize. Participants will need a device to take photos as part of this activity. Parent/carers are required to supervise participants. Suitable for families with children aged 5-12yrs.

Part treasure hunt, part Pokemon Go. Educational, engaging exercise – you have 45 minutes to find as many checkpoints as you can. Go with a friend or take a parent or grandparent. No need to book – just rock up on the day. Suitable for kids aged 8-14yrs.

Participants will use a map to discover the animals of Newington Armory and their eggs. Participants will be rewarded with a prize at the end of the activity. Hunt does not involve collecting chocolate eggs and is self guided. Parent/carers are required to supervise participants.

During the April School Holidays the Armory will be the home to lots of fun. There will be colouring-in and some great tunes, and Circus Solarus will be be there on weekdays to help you with your Easter Bonnet!

The whacky crew from Circus Solarus will run a crafty hat making work shop from 10am till 12pm and a bit of cardboard and some textas can transform into a startling new piece of headwear for you to take home. Or if you don’t fancy a hat they have lots of options for your Easter fashion choices!
The GWS Giants crew will also drop in for some AFL footy fun on 15, 16 and 17 April from 10am.

The Armory Express train is a school holidays special train tours. The train tour takes visitors on a short ride on the heritage train around parts of the former Royal Australian Navy Armament Depot.

Riding the Rails is a great way of getting to know Newington Armory, a heritage site that was once the Royal Australian Navy Armament Depot. Formerly used to transport missiles, torpedoes and other WW2 munitions, the Heritage Train at Newington Armory is today one of Sydney Olympic Park’s most popular attractions!

This famous play space spans over three hectares providing kids of all ages and abilities a great range of activities and challenges. The playground includes a double flying fox, mega-swing, tunnel slides, scramble wall, spinning play disc, viking swing, a multi-level tree house and one of the largest outdoor play areas. Outside the playground, you can enjoy a picnic or fire up one of the many BBQs. There's a walking trail and loads of bike-friendly paths.