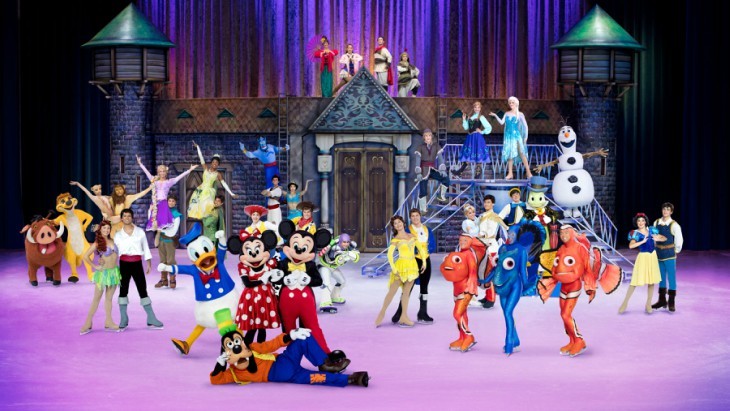 Disney On Ice celebrates 100 Years of Magic at Qudos Bank Arena in Sydney this July.

The 2018 tour of Disney On Ice will bring to life more than 14 timeless Disney tales including Snow White and the Seven Dwarfs, Cinderella, Beauty and the Beast, Toy Story, The Lion King, Finding Nemo, Frozen and more.

Celebrate the legacy of Disney in this ice skating spectacular as Mouse-ter of Ceremonies Mickey Mouse leads a parade of characters including Minnie Mouse, Donald Duck, Goofy and an ensemble of Disney Princesses. Be dazzled by the magic of Disney’s Frozen with Anna, Elsa and the hilarious Olaf. Sing-a-long to over 30 of your favourite Disney songs including “Let It Go!,” “You’ve Got A Friend in Me,” and “Hakuna Matata.” Exciting moments from Disney Pixar’s Toy Story, Finding Nemo, Disney’s The Lion King, Beauty and the Beast, Aladdin and more will leave the whole family with memories that will last a lifetime.

Popular TV personality, Shelley Craft, is the Australian Ambassador for the 2018 tour, returning for a second year.