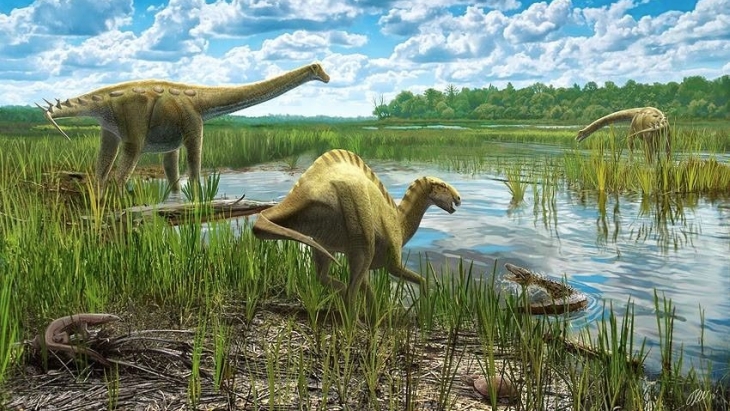 Evolving Wetlands is an indoor and outdoor exhibition showcasing a unique collection of dinosaur fossils and replicas with a focus on prehistoric creatures known to inhabit ancient wetlands.

Located in Newcastle, the exhibition features specially made dinosaur casts from the collection of local palaeontology expert Michael Dawson. For two decades, Dawson has been collecting museum-quality pieces moulded from real dinosaur skeletons around the globe. Creatures on display will include giant crocodiles and amphibian-like labyrinthodonts, as well as a selection of the better known dinosaurs, including Tyrannosaurus and Allosaurus. Dawson says he is especially excited for visitors to see the specimens up close. “It will blow kids’ minds,” he says.

In addition to touring the exhibition, kids of all ages can get their hands on some dino craft in the Craftosaurus space or set off to Dino Spy as many dinosaurs as they can throughout the Wetlands. Visitors can take a guided tour of the wetlands, meet the resident reptiles and enjoy a special dinosaur-themed meal at the wetlands café.