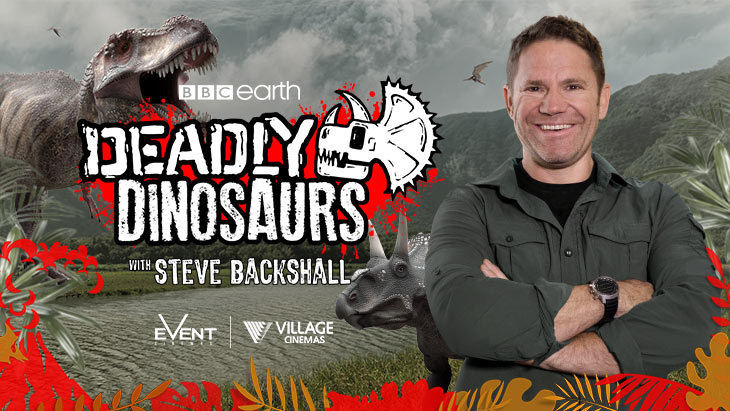 Daredevil stunts and killer special effects bring out the world's most deadly dinosaurs roaring back to life. Wildlife presenter Steve Backshall is back with a bang!

The award-winning presenter is on the hunt for the most deadly animals to have walked the earth: dinosaurs. Razor-sharp claws, axe-like heads and giant whipping tails are hunted down in the quest to find the world's deadliest dinosaur.

In his explorer's Dino Den, Steve brings dinosaurs back to life with cutting-edge CGI. Outside the lab, the spectacle is cranked up to the max in a series of epic stunts, which reveal the raw power and scale of Steve's favourite and most deadly dinosaurs.

For more information, and to book tickets visit the website.