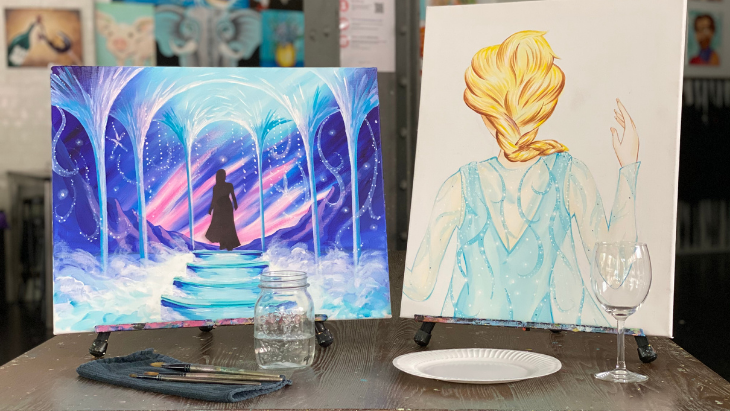 'Cause let's face it—you probably know all of the words to the soundtrack already!

For all the Disney lovers and grown-up Frozen fanatics, Sydney’s favourite paint and sip studio, Cork & Canvas, is launching a series of Frozen the Musical themed BYO art classes from the 17th January until the 31st of January, offering the perfect chance to channel your inner creativity while enjoying a glass of wine.

To celebrate the launch of the critically acclaimed musical arriving in Sydney, Cork & Canvas classes will feature iconic scenes and characters from Frozen the Musical—one of the first musicals globally to be back on stage after a year of lockdowns.

Paintings will include the stunning set showcasing Elsa’s ice castle, as well as a play on a Cork & Canvas signature painting featuring Queen Elsa, ‘Frozen in Time’.

The soundtrack to these art classes will, of course, include some of the phenomenal music from Frozen the Musical, and fans can sip wine and nibble on BYO snacks while they paint iconic scenes from the musical at Cork & Canvas Darlinghurst and Crows Nest studios.