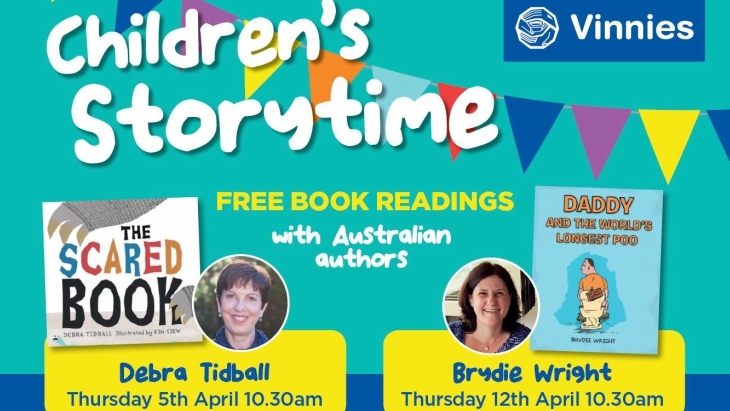 Vinnies Brookvale will host their first ever Children’s Storytime Sessions, on Thursday 5th and 12th April, featuring two accomplished Australian authors who will read their award nominated stories for children.

Debra Tidball will be reading her book, “The Scared Book”, which has been nominated for a Children’s Book Council of the Year Award.

Brydie Wright will read her book, “Daddy and the World’s Longest Poo”, which was awarded a finalist place for the Independent Author Network 2017 Book Awards, an international competition for self-published books.

People will also be able to purchase copies of both books directly from the authors after their Storytime session.

Children’s Storytime at Vinnies Brookvale will commence at 10.30am on both days.