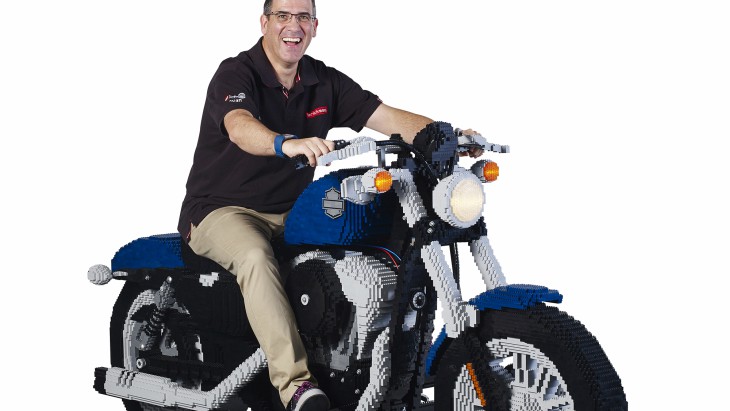 YOU'VE NEVER SEEN LEGO® LIKE THIS! Brickman Awesome presented by Toyota Camry is kicking off its national tour in Sydney in December and has already broken LEGO® records before it has even opened!

Brickman Awesome will showcase the tallest LEGO® model in the Southern Hemisphere – a NASA SLS rocket standing at a whopping 7.5m tall and built from more than 450,000 bricks! Taking more than 500 hours to create, Ryan has pushed LEGO® building boundaries by installing an in-built lighting system giving the effect that the rocket is blasting off into space!

The exhibition will be made up of 38 never-seen-before LEGO® models, totalling more than 1.5 million bricks and clocking up more than 4,500 hours of build-time! Brickman Awesome will also showcase the only life-sized LEGO® Harley Davidson ever made and the largest ever LEGO® Caterpillar 797 dump truck! Adding to the awesome-ness is a full-sized LEGO® Australian saltwater crocodile, weighing over 60kgs and built using more than 40,000 LEGO® bricks!