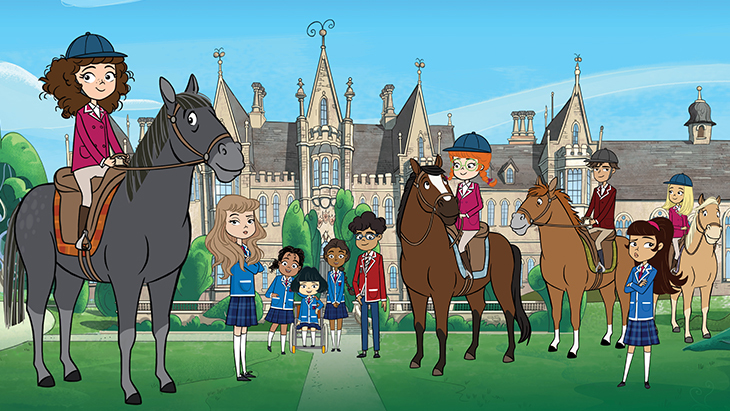 Screening exclusively in 57 EVENT Cinemas and 17 Village Cinemas across Australia from 9 November 2019, Alice-Miranda Friends Forever is an 80-minute animated movie with a treasure trove of marvellous mysteries, midnight feasts, ponies and pyjama parties based on the bestselling book series by Australian author, Jacqueline Harvey.

In addition to the film season, there are a series of special events planned at EVENT Cinemas:

Alice-Miranda is an extraordinary young girl, who at the age of nine and three quarters has organised her own early entry into boarding school along with her cheeky pony, Bonaparte.

The Winchesterfield-Downsfordvale Girls Academy is a place of friendship and fun, but also of high drama, mystery and intrigue: there’s teachers and students in urgent need of help; a girl determined to be Alice-Miranda and her friends’ arch enemy; Fayle School for Boys under threat; a frightening principal who doesn’t want to be seen; and a scary witch in the woods.