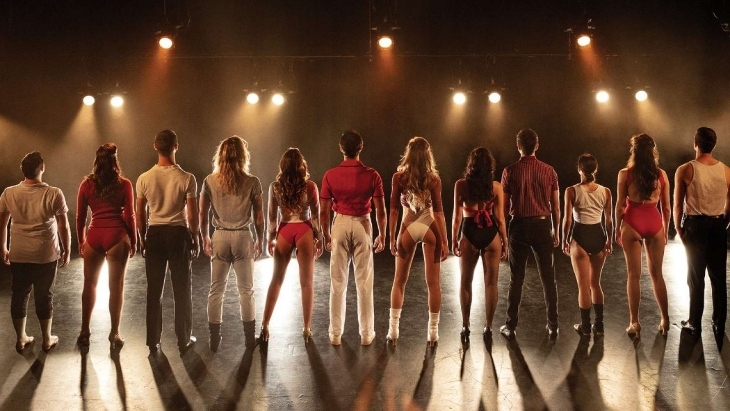 After being postponed twice due to COVID, A Chorus Line is finally playing at the Sydney Opera House!

A Chorus Line at the Sydney Opera House

If the name sounds familiar, that's because A Chorus Line is a musical that's been around for 47 years! It first opened on Broadway back in 1975 and has enjoyed many revivals over the years and has remained one of the most successful musicals of all time.

2022's rendition at The Sydney Opera House will run from February to March and includes some big names from the theatre world, including choreography by director Amy Campbell (In the Heights (Helpmann Nominated for Best Choreography), HAIR, Funny Girl), and musical direction by Damon Wade, with musical supervision by Andrew Worboys (RENT, American Psycho).

Produced by Darlinghurst Theatre, A Chorus Line lifts the curtain on what it's really like to audition to be on in a chorus line on Broadway. During a gruelling musical theatre audition, desperation will open the door to exploitation, and racism and sexism are rife. Featuring the music of Marvin Hamlisch (including 'Dance Ten; Looks Three', 'What I Did for Love' and 'One') and based on interviews with real dancers, A Chorus Line shows what it means to put everything on the line.

Visit Sydney Opera House for more information and to book your tickets.