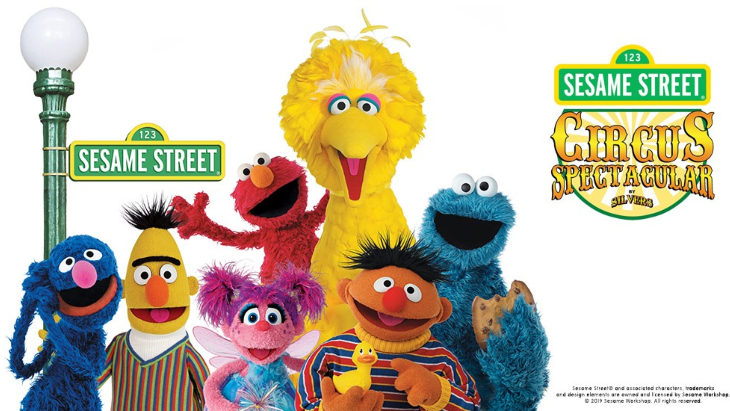 Get ready Melbourne - all of your favourite Sesame Street characters are coming down under for a circus extravaganza!

Showtime Attractions and Silvers Circus have once again joined forces to bring their most exciting and ambitious spectacular to Australia—Sesame Street Circus Spectacular by Silvers, which will open in Melbourne on Thursday 11 September before touring other cities and regional centres across Australia and New Zealand.

Featured in this 90-minute spectacular will be all your favourite Sesame Street characters, including Elmo, Cookie Monster, Abby Cadabby, Bert and Ernie, Super Grover and Big Bird. PLUS the circus spectacular will feature performers from Switzerland, Argentina, Colombia, Morocco, Brazil, Ethiopia and Australia!

The excitement starts on arrival. Light boxes have been positioned at the entry to the show, where children can learn how to draw the Sesame Street characters. They’ll also enjoy ball-pit fun and be greeted by Big Bird at ‘Elmo’s World’. After the show, Big Bird will be out to meet and greet fans and pose for photos.

Where: Burnley Oval, Richmond
When: 11 September to 13 October
Price: Tickets from $40.

For more information and for tickets, visit the website.

This was an absolutely amazing show..mthe acta were awesome especially the metal ball bike ride..for adults as wwll..did not want it to end