The 10 NSW Towns With The Funniest Names 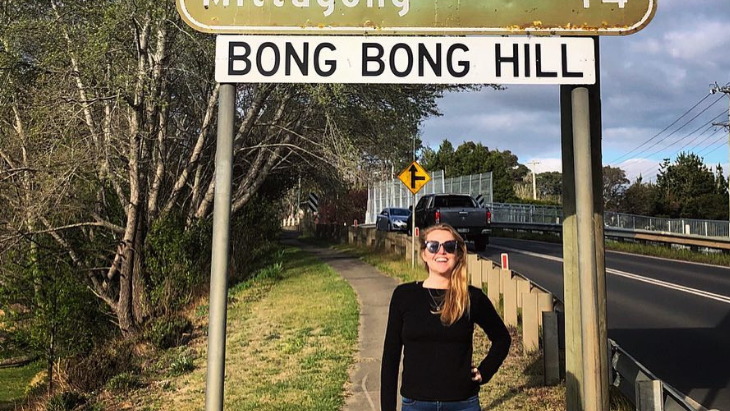 Been to Bong Bong? How about a quick visit to Delicate Nobby? Surely you’ve been to Wee Waa?

Yep, we’ve uncovered the most weird and wonderful town names in NSW for a little laugh. After all, who doesn’t need a giggle right now? So, let’s go.

Located in the Southern Highlands, Bong Bong is about seven kilometres from Bowral and it comes from the Aborignal word that means ‘the seating part of the human anatomy’. Strangely, there’s nothing butt-like about it. It’s just countryside with one church.

No one knows why this NSW surfing spot is called Delicate Nobby so we’ll just leave it at that. It’s pretty as a picture though.

Located in southern NSW, it’s believed that the town is named after a resident, Tom Huxley, which became Tom Ugly when the local aboriginal people had difficulty pronouncing it. Or perhaps there was no issue with pronunciation, and he just wasn’t genetically blessed.

We’ll be honest, we’re kind of into this one. There’s a bit of a ring to it, isn’t there? The town is known as being the cotton capital of Australia, with Wee Waa meaning “Fire for Roasting” in Aboriginal.

Found in Northern NSW, it’s an absolute must to get a photo with the sign if you’re visiting. Named after… the thick forest along the shoreline.

Who hasn’t been searching for Pleasure Point, right? Well, rather depressingly, it’s just a rather standard suburban area in Western Sydney.

Erm, it’s less about what you think it might be and more due to the number of tree roots that had to be cleared to create a road in the area. So literal.

You can thank Lieutenant Henry Lidgbird Ball of the First Fleet for Balls Head, a stunning reserve which overlooks Sydney’s beautiful harbour. But seriously, Henry Head would have probably worked better.

Bastard Point is located in Oberon, NSW and is likely named by a woman who could see into the future and know that they’d be locked inside with their husband for the best part of 2021. Send him to…

Six hours south of Sydney, this might be the jolliest name of a town we’ve ever heard. Visualising lots of leg slapping, beer drinking and folky music.