Who Is Ladbaby And Why Do Parents Love This Dad Blogger? Look, it’s 2019. We’re well accustomed to seeing YouTubers and Bloggers everywhere, taking pictures of their food and coming out with product ranges, clothing lines and steadily seeping their way into mainstream celebrity culture.

Alongside the mass of mummy bloggers that swamp your Instagram feed are a considerable handful of dad bloggers—and few more popular than Mark Hoyle, a British father of two who’s risen to fame thanks to his parenting YouTube channel, Ladbaby. 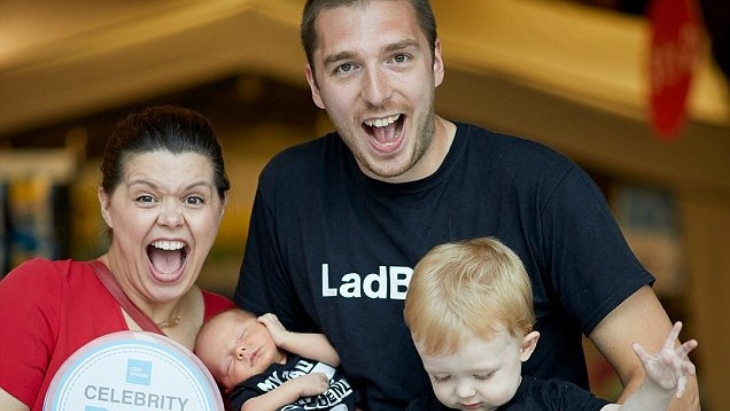 Ladbaby began when Mark Hoyle and his wife, Roxanne Hoyle were expecting their first baby in 2016. Mark decided to launch a YouTube channel to document his transition from lad to dad, where he documented his day-to-day life as a first-time parent.

His down-to-earth personality and hilarious honesty have earned him 530,000 YouTube subscribers and 380,000 Instagram followers. Ladbaby’s hilarious videos demonstrate life hacks which help him to save money in potentially costly parenting scenarios.

Sure we’ve heard of YouTuber’s coming out with books (of which Mark has one, co-authored with his wife entitled ‘Parenting for £1… and Other Baby Budget Hacks’), and coming out with clothing ranges (guilty again—Ladbaby’s online store is brimming with clothing and accessories emblazoned with his catchphrase ‘yes mate’), but we’ve never heard of a YouTuber beating the likes of Arianna Grande to the UK’s Christmas number one spot in the music charts before.

Well, that he did! A rip off of the iconic 80s single ‘We Built This City’, the lyrics of which go “we built this city on rock and roll”, Ladbaby gave it a fresh spin and changed the lyrics to “we built this city on sausage rolls”, and evidently—it sailed to the top of the charts, with his fans and followers lapping up his unlikely new role as pop-star extraordinaire. The proceeds from the single raised much-needed funds for The Trussell Trust, which supplies food banks.

On top of the Christmas number one, Mark also received Clas Ohlson’s ‘Celebrity Dad Of The Year’ award in June 2018, pipping the likes of Simon Cowell, Rio Ferdinand and even Prince William to the post. 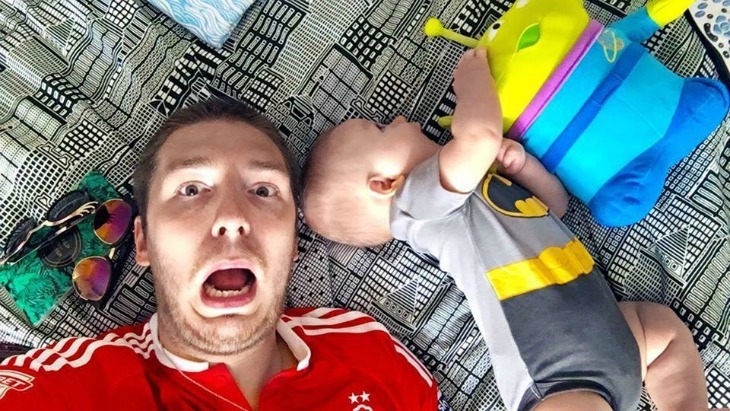 As we mentioned, Ladbaby’s ‘life hacks’ are a huge reason for the YouTuber’s popularity, and he frequently demonstrates these on his channel in an attempt to save money and not ‘buy in’ to a lot of the parenting market.

These have included buying a toolbox from a hardware store to serve as a lunchbox for his son, making a paddling pool from a skip and a makeshift baby gate made from the top half of a door.

One of the most popular feats of the DIY dad was building his son a baby walker out of white plastic pipes, then attaching wheels and even toys clipped on with shower hooks—including a snack pouch. It was then dubbed the ‘Zim Zimmer’, and Hoyle created another one which reportedly received a bid on eBay for just shy of $120,000. Yes mate!