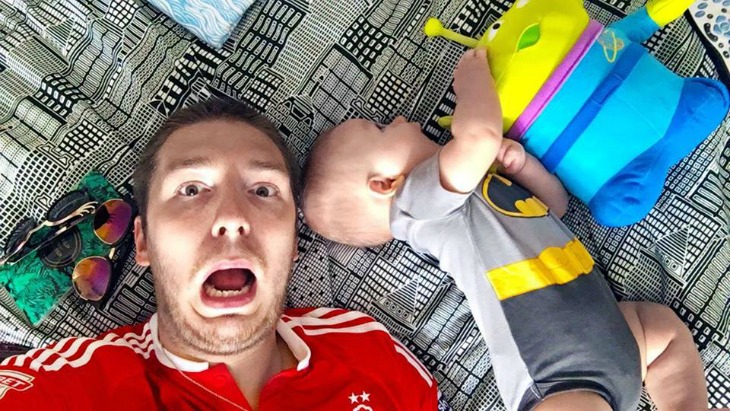 Prepare yourselves for this one, it has us in utter hysterics. Creative and penny-saving dad Mark Hoyle, otherwise known as LadBaby refused to buy a baby walker his wife requested for AUD $99. Instead, he set out to make a functional, cheaper version, and the zimmer-frame looking result was utterly hilarious.

We bet he got the shock of his life when he sold the 'Zim Zimmer' for a whopping AUD $108, 626.00 on eBay! Hoyle announced on Facebook recently that the bidder had not yet come forward, but according to eBay rules, they have 48 hours to do so, so fingers crossed that the life-changing bid was a genuine one.

In the funny video, LadBaby joked that he gave up his job to make these walkers full time, but now that the masterpiece has sold for a small fortune, the joke doesn't seem so outlandish! Made from pipes, attached wheels and toys clipped onto the frame with shower hooks, this design has it all.... even a 'snack pot'! Due to the sudden and huge success of his eBay listing, the online retailer shut it down, fearing it was fraudulent. He got it back up and running, and still made a killing off an unknown buyer who must've enjoyed the video as much as we did. 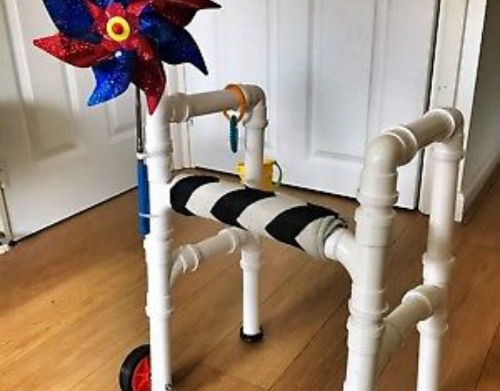 Hoyle recently announced to his Facebook page that due to the unbelievable response to the Zim Zimmer, he's selling them to fans for simply the cost of the materials, with the labour chucked in for free. You can now also buy LadBaby t shirts, with Hoyle personally dropping off the product to the homes of a lucky hand-picked few customers in the first 24 hours of the online store's life. What a legend.

Who is Ladbaby? Find out all you need to know right here.