Where To Find The Best Hot Cross Buns

It would seem that they start to appear in stores the second the clock strikes midnight on Boxing Day, and while a solid four months of hot cross bunnage in supermarkets might seem like overkill—you won’t find us complaining. Whether you’re a classic fruit purist, a fruit-free fan or an avant-garde chocolate chip hot cross bun lover, you can’t argue with the fact that they’re delicious as hell and the perfect snack to ease you through the transition to cooler weather.

Luckily for us, Choice have put in the hard yards so we don’t have to. Their intensive ‘taste-test’ study saw blind-tasting members of the public test the 'traditional' range of hot cross buns from major supermarkets Coles, Woolworths and Aldi, bakery chains Bakers Delight and Brumby's and membership warehouse Costco to see which buns are best—and the results are in…

Made in Australia, these buns scored 76% on the Choice taste test thanks to their fruity, spicy goodness! We’re not salivating—you’re salivating!

Coming in hot with packs of 24 (yes, 24!), these buns from Costco scored 74% on the Choice taste test. They’re also the cheapest of the buns sampled—but of course, you need to be a Costco member to get your mitts on ‘em.

Scoring 69% on the test, Bakers Delight’s offering was the third most popular bun tasted, and you can buy them individually and in packs in the store. 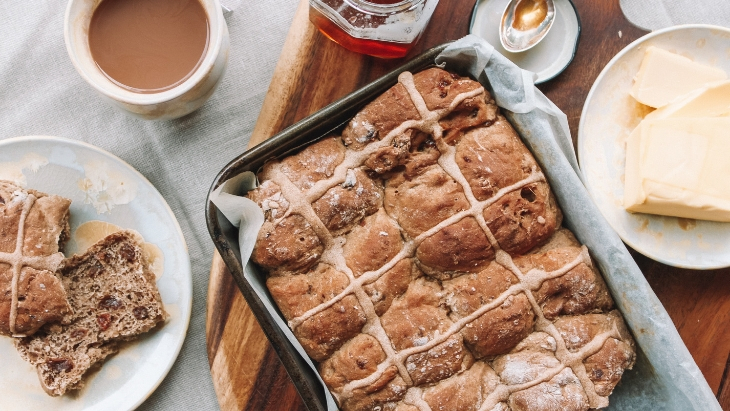 Made in Australia from at least 67% Aussie ingredients, Aldi scored 67% in the Choice taste test, and they also work out as only 50cents per bun—you can’t quibble with that, eh?

Much lower down the list than their main competitor Coles, Woolies scored 66% on the Choice taste test, despite their same price-point. Seems like Coles won this war, Woolies!

The most expensive bun in the test and also the lowest-scoring, Brumby’s Easter offering scored just 58% in the Choice test!