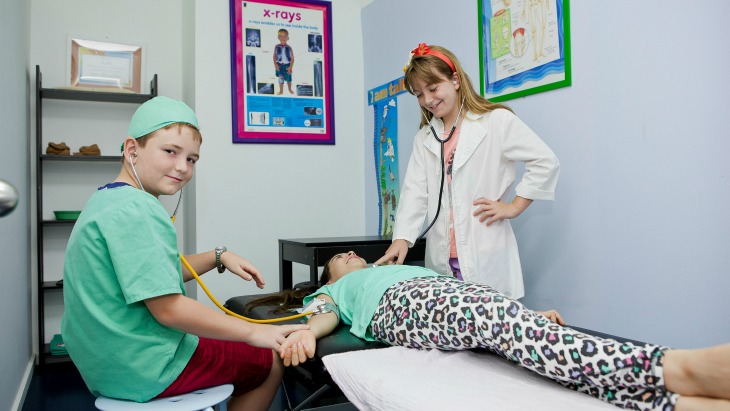 One of the greatest joys of being a kid is your ability to believe you can be whatever you want to be when you grow up. Nothing is out of your reach, whether it's doctor, movie star, or my 6 year old niece's latest dream job: cashier at ALDI. As a parent you do whatever you can to nurture their dreams, no matter how far-fetched (or humble in my niece's case) they are. You may even believe in them yourself. I remember seeing my son Billy at 18 months steadily holding a pencil and uttering the words, "oh he's going to be a surgeon with hands like that." Not artist, not writer, no no, I dream big, he is going to perform open heart surgery one day. It's the unexplainable but beautiful curse of being a parent, you think your child is capable of anything.

So imagine the joy I felt when I discovered Wannabees Family Play Town in Frenchs Forest, a place where my two year old son could live out all of his dream jobs. Since the pressures of surgery can be demanding, I am open to other career paths, and there are so many to act out at this play centre. 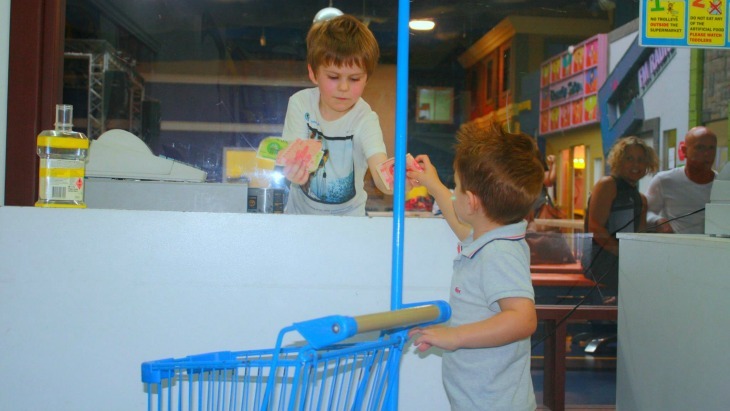 When you arrive, make sure it's in time for one of the Wannabees City Tours. This way you get a guide to take your child into each room and explain how things work and where the costumes are. Our first stop was the supermarket (my niece would have been envious!) and Billy whizzed around with his own mini trolley picking up his supplies and paying the cashier with his play-town money.

Next up he became a film star in the Wannabees TV studios. Kids stand in front of a green screen and are directed to move around with a series of visual effects including an airplane landing, a music video and swarms of bees. Unfortunately Billy found this a bit overwhelming (I can cross child star off the list) but the older kids had a blast!

A crowd pleaser has to be the fire station where kids are given fire fighting hats and must try to find the fire in the building as the alarm goes off. Eventually it's found and the team get to work on putting out the fire by taking turns on the hose and then racing down the fire station pole. 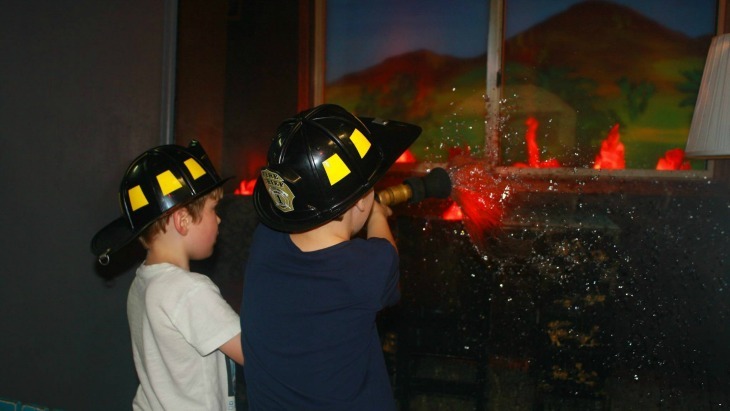 Next up it's time to put on a concert for all of the parents. The children are taken to the fancy dress shop where they must choose an outfit and then a fashion parade ensues on the stage for the audience. The guide gave Billy plenty of options like a Lion or Policeman or Superman but in the end he wanted to dress as Elsa from Frozen. And what a handsome Elsa he made! He didn't want to take the costume off so he had some free play in it while the other kids went into the radio studio to have some fun on the airways. 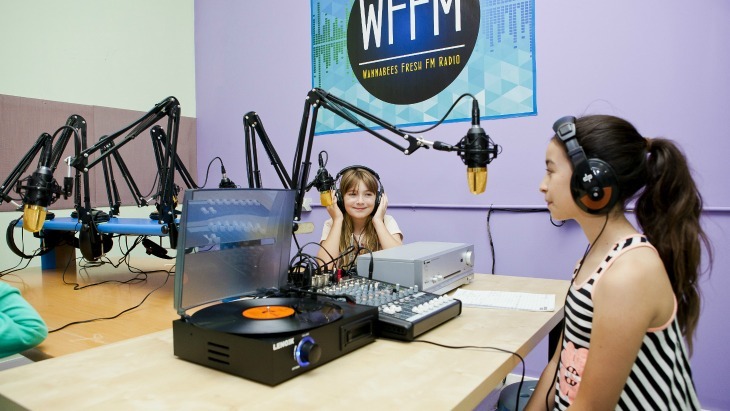 While they did that, Billy explored the hairdressing salon (which he loved) and the hospital where he took care of newborn babies (he also loved this) then he made his way into the construction site and finally to the play gym. All in a day's work! There's so much to explore, we didn't even get through it all, and so much wonder and creativity to be found. I look forward to taking Billy back again to see what interests him then. Perhaps those steady hands will make him a wonderful hairdresser one day! The possibilities are endless and Wannabees is there to make your child feel like anything is possible. 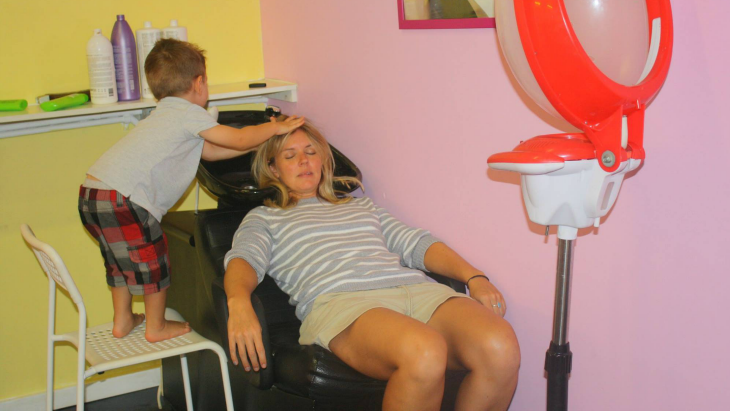 They also do birthday parties, find out more here!