Thomas The Tank Engine Is Coming Down Under! 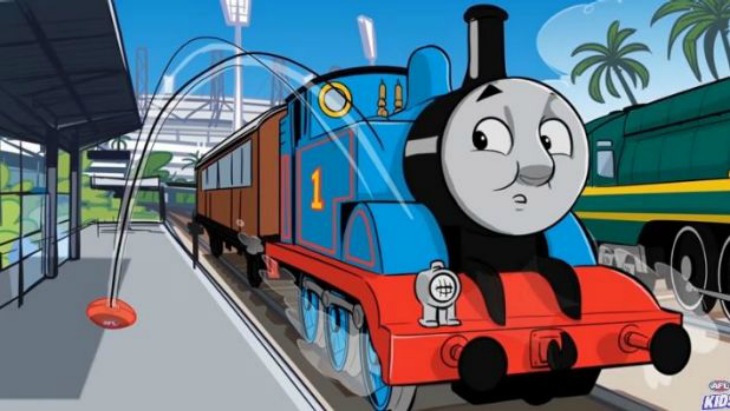 It's a collaboration we didn't see coming....Thomas the Tank Engine, and the AFL!

This unexpected (but totally welcome) duo is bringing a 4-part series to the Youtube channels of Mattel and the AFL, with the goal to attract more 5-12-year-old children to the popular Aussie game. The first episode was released last week, with the others expected to follow in August and September of this year.

So basically, Thomas is visiting his mate Shane the Train at Melbourne's Flinders Station, where Thomas is set to receive some lessons in Aussie culture. He helps to transport some stranded doggies (not four-legged friends, but rather, fans of the Western Bulldogs) from Footscray station to the MCG for a match. Former Richmond Tiger Matthew Richardson voices Shane the Train (a character introduced in a recent Thomas movie), and Brisbane Lions AFLW player Sabrina Frederick-Traub loans her voice to Tracy the Melbourne Train. According to Mumbrella, Chedney Rodgers, the marketing director of Mattel/Thomas & Friends said: “We are incredibly excited about the multiyear partnership we are embarking on with AFL.” A partnership of this kind is unsurprisingly a first for the AFL, with AFL digital, growth and audience manager Darren Birch telling Mumbrella: “It’s so pleasing that Thomas and his friends will embark on adventures with Australian Football over four specially produced episodes. The creative development of the episodes with Mattel has truly been collaborative..."

We think we might just hop on board this bandwagon! 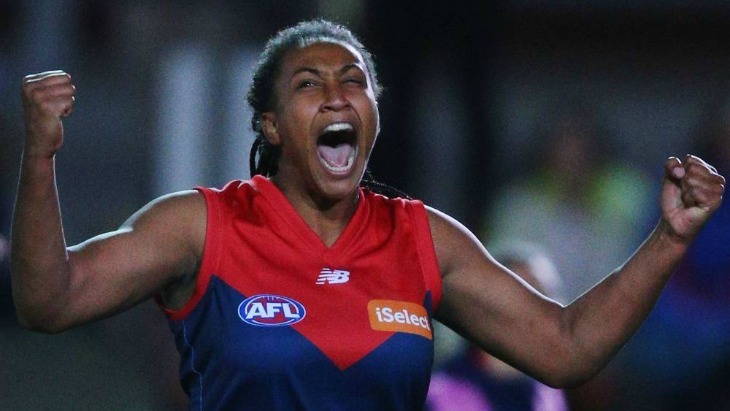