This Stunning New Sydney Artwork Has Got Us Fish Hook, Line And Sinker As a city, Sydney loves its public artworks — and there's a new kid hitting the block in 2020.

The artwork, named Bara, is to be constructed in honour of the resilience of Aboriginal and Torres Strait Islander peoples, specifically the Gadigal people of the Eora Nation. The design is inspired by, and named after, the crescent-shaped fish hooks historically crafted and used by Gadigal women on fishing trips to catch a bounty of seafood.

The new piece is by Judy Watson, a Queensland-based artist who represented Australia at the 1997 Venice Biennale and won the Australia Council Visual Arts Award for 2015. 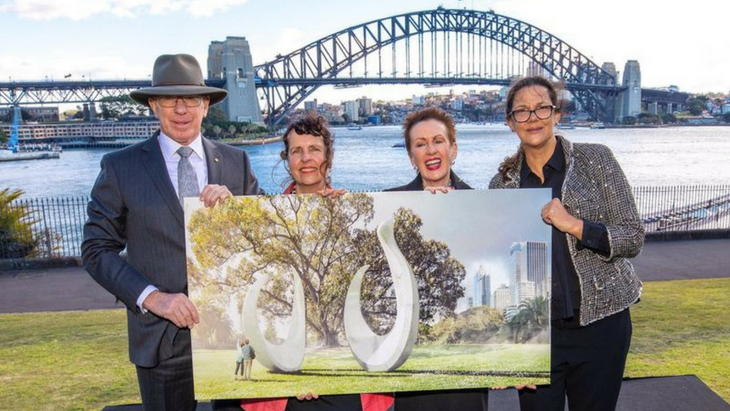 Watson's piece is the fourth addition to ‘Eora Journey’, a seven-part public art program created by the City of Sydney alongside the Aboriginal and Torres Strait Islander Advisory Panel, with the intention of including and binding the lives of First Nation peoples to the cultural narrative of Sydney's landscape.

Lord mayor Clover Moore said the program is intended to "embed the stories of the First Peoples of Australia in the heart of Sydney".

Artist Judy Watson explains that the piece is "emblematic of the shape of the Harbour Bridge, of the sails of the Opera House and of the crescent moon.” She contends that the piece is intended to speak of the “strengthened resilience and the indelible history of Aboriginal culture in this place. It’s talking about two lores, two cultures and the fact we are all gathered on the same ground.’’

Once completed in 2020, Bara looks set to become a hallmark of Sydney's public art scene, and a stoic reminder of Australian history.