The New Pregnancy Threat That No One Is Talking About 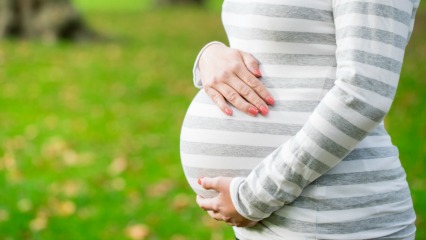 You’ve no doubt heard of the Zika virus, but have you heard of Cytomegalovirus (CMV), a permanent infection that is threatening pregnant women and their unborn babies?

CMV is largely unheard of but the virus affects more babies in the US than Zika does, and according to a study published by the University of New South Wales, it is now the leading non-genetic cause of disability in newborns.

In Australia about six babies per 1,000 are born with CMV disease and of those, one to two may have disabilities.


What Do I Need To Know About CMV?

Pregnant women should be aware that some of the effects of the virus, if present in an infant at birth, include hearing loss, vision loss, intellectual disabilities, seizures, and small head size, or microcephaly. It’s also possible for CMV to cause pregnancy loss. The type of CMV that has these harmful effects is called congenital CMV, and it’s when a pregnant woman passes the infection to her infant before they are born. Unfortunately there is no known vaccine or treatment. 
How Would I Contract It?

The disease is contracted through saliva, urine or faeces but once someone is infected, the permanent virus lays dormant – usually with no symptoms. And it’s alarmingly common, about half the population have been infected with CMV by adulthood and more than three quarters of people by the age of 40.

The problem is when pregnant women catch it, says Brendan McMullan, a paediatric infectious diseases doctor at Sydney Children’s Hospital.

“Many of them will be asymptomatic themselves, but if they contract it for the first time in pregnancy, then there’s a risk of transmission to the foetus,” he said.

About 30 per cent of those women will pass it on to their babies and about one in 10 infected babies will have lasting problems.

What’s The Best Way To Avoid Catching It?

There are a number of ways to help prevent the virus, such as avoiding sharing food, cups, cutlery, or other potentially saliva-covered objects with children. If you’re already a mum to a toddler then you’d be right in thinking that this is probably impossible. Try to wash any items that have been in contact with a child’s saliva or urine, and pregnant women can make sure to scrub their hands often when dealing with children. Some doctors recommend kissing babies on their head or hugging them instead of kissing their face.

If you are pregnant or planning on getting pregnant soon and are concerned, speak to your doctor or head to CMV Australia for helpful info and support.