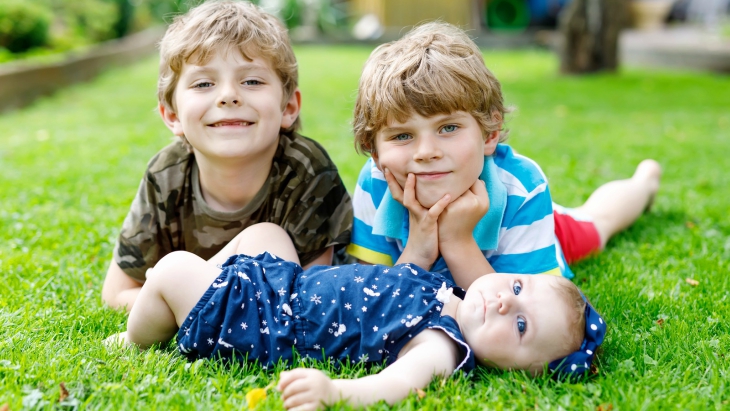 Did you know August 12 is National Middle Child Day? Probably not because no one cares about the middle child, do they? I grew up in a family of three children, my brother Tim the unassuming middle child. I mean, come on, Tim is such a middle child name. It's unoffensive, but there's nothing enigmatic about it. He would be unsurprised and possibly unaffected to hear the news that the middle child is a dying breed.

According to The Cut, the research suggests the ideal number of children has dropped from three to two in the last 40 years.

Author Adam Sternbergh cites research from the '70s, which shows that the average mother in the US would have more than three children in her lifetime.

"Back then, 40 percent of mothers between 40 and 44 had four or more children," explains Adam. "Twenty-five percent had three kids; 24 percent had two; and 11 percent had one."

Here in Australia, the trend is increasingly similar, according to McCrindle social researcher Ashley Fell.

“Australia’s Total Fertility Rate (TFR), which is the number of children born per woman, is 1.8 — so two children or less,” she said.

“Certainly it’s a similar trend happening in Australia (compared to the US) — our declining fertility rate has been below replacement levels since the ’70s.

“Some of the reasons that account for this happening are that young professionals — people in their 20s today — are delaying life markers like getting married and having children, and a big reason for that is they’re in education for longer.

“Additionally there are other factors like cost of living and the cost of raising children.”

So tell your middle child sibling that they are a thing of the past. Or you could just forget, I'm sure they won't mind.