The Benefits Of Learning A Second Language At An Early Age 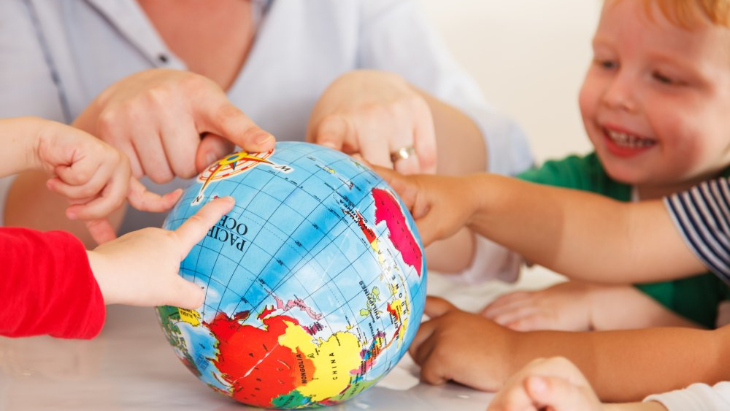 Many schools offer their students the opportunity to learn a second language. After all, as the world becomes more connected, knowing another language such as French or Mandarin will help your child immensely once they enter the workforce.

Studies have shown that, compared to those who only know one language, bilinguals are better at multitasking and attention-focussing. Scientists conducted brain scans that even showed bilinguals have more grey matter, which helps with decision-making.

What’s more, these benefits have been known to show themselves from an early age, with research showing that even babies of less than a year old, who are exposed to multiple languages, show increased executive brain function.

It’s Easier to Learn a New Language as a Child

They say that babies are sponges for information, and now it’s been proven! Researchers have shown that all humans have a “critical period” for learning a new language. After we hit puberty, our ability to learn a new language reduces.

By the time children reach 8-12 months, many babies start to focus on their native language and lose their “ear” for other languages. However, if they are exposed to a second language from birth, then they keep this ability. This also means that once they’ve learned a second language, it will actually get easier to learn more languages as well!

It Improves Their Test Scores

Studies have also shown that bilingual students perform better on standardised tests than those who only know one language. In particular, learning a second language can also improve your child’s ability in their native language! It’s even been shown that kids who learn a second language start reading at an earlier age, and are better at spotting grammatical and spelling errors.

Take a look below at how lessons are conducted at one of the Bliss Early Learning centres:

At Bliss Early Learning, they offer many opportunities for your child to learn new languages through free language classes, games, songs, stories, activities and more. Get in touch with the team on 1300 717 777 or email [email protected] to find out more.

Want to learn more about Bliss Early Learning? Why not discover the difference for yourself? Visit one of their centres today at:

Their centres feature programs which are tailored to your child’s needs. Your child will benefit from a selection of FREE inclusions, such as: