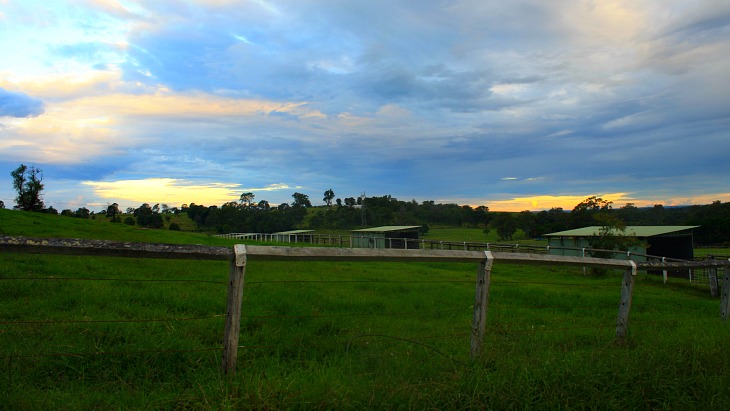 Apartment living with kids in the inner-west means you're constantly searching for greener pastures so little ones can run free and you can help quash the guilt you feel for your balcony-style backyard. Where the roar of A380s landing from Singapore at 6am is replaced by the sweet sounds of nothing and your neighbours greet you with hellos rather than a swift look in the other direction, marked with paranoia and awkwardness. But I digress. There are certainly some immense perks for living so close to the city, however when it comes to a mini-break, there's nothing more I love than taking my son as far away from the hustle and bustle as possible.

When I heard about Mowbray Park Farmstay, it immediately ticked all my boxes - my son loves farm animals (although in real life he's only been exposed to The Grounds' resident pig, Kevin Bacon), it's not too far out of Sydney meaning we can do a weekend away without the exhaustion of driving loads of miles, and the thing that all parents like to hear - everything is arranged for you! All we had to do was show up and take part in a wheel-oiled schedule of farm life activity and food. Hashtag the simple life. Arrival At Our New Digs

Mowbray is a bit like a school camp, in that all your meals are communal and you participate in the activities alongside everyone else. We arrived just after lunch on a Saturday and after checking into our room and putting on our best gumboots, we made our way down to the pick up point to meet our new comrades. We all climbed onto the resident tractor, much to the excitement of my 2.5 year old son, and drove on down to a campfire site for some damper making.

Our guide gave us a brief history of the bread which was a staple on the stockman's diet in colonial times. "These men would be away for weeks at a time with no access to supplies, so they needed food they could carry that woudln't spoil and would also would fill them up," said Farmer Blair. I have to say, these three simple ingredients, flour, water and salt, got my mouth watering as we attached it to sticks and held it over the fire. Throw on a bit of traditional maple syrup and washed down with some billy tea - oh yum! These drovers had the right idea! 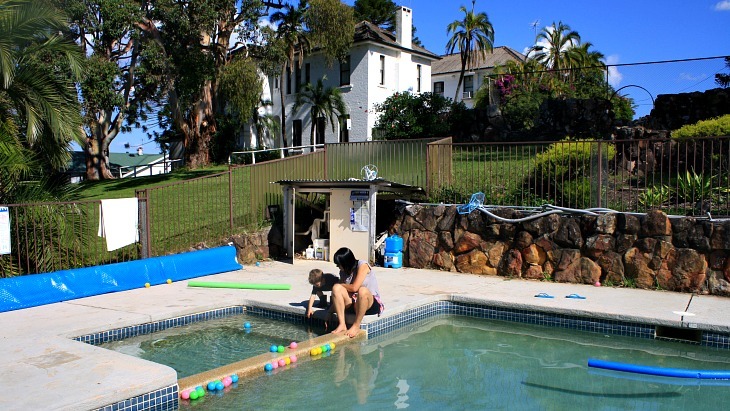 Whip Up Your Own Fun

After watching Blair show us how to crack a whip we were back on the tractor for some free time before dinner. Having a young toddler in tow meant we didn't get involved in the archery, canoeing or tennis on offer, but we were more than happy to meander around taking in the scenery and stopping in for a play on the rustic playground with old tractors and cars - a little boy's dream playground to be honest. There's also a stunning pool which sits at the foot of the historic homestead. 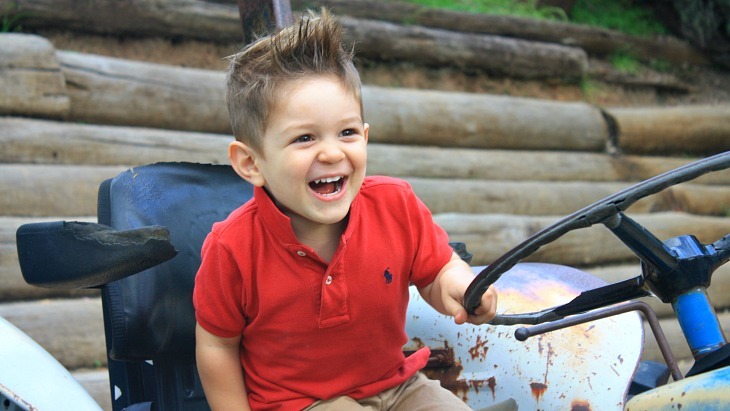 Dinner is in a communal hall and we were treated to a good old fashioned Aussie roast with all the trimmings. All this fresh air made us work up quite the appetite! After dinner the camp fire was in full force as a one-man band arrived to entertain us with an Aussie-Sing-Along, including introducing my son to the dance, Heel and Toe (he still does this dance move!). In between barn-dancing we toasted marshmallows on the fire before retreating to our lodge. 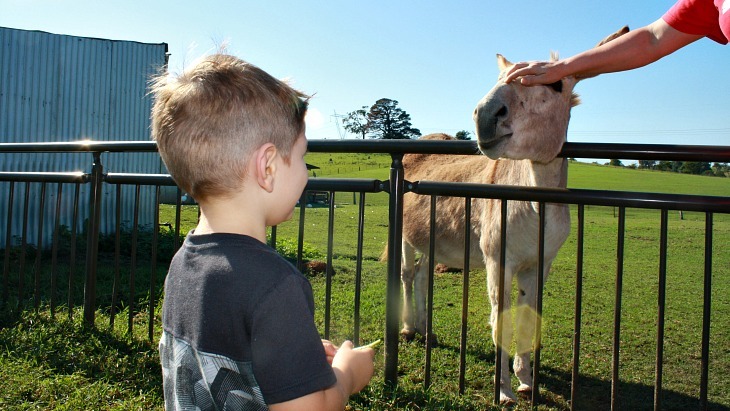 Up At The Rooster's Crow

Ah the serenity - it was so nice not to wake up to the sounds of airplanes roaring above our building. Instead, we awoke to a rooster calling us and summoning us to a hot breakfast. Is there anything better than bacon and eggs cooked from fresh farm produce? I really don't think so. Actually there is one better thing and that's not having to clean up after meals! Everything is taken care of here, that's a true holiday for us parents. After brekkie we jumped back on the tractor to experience some more farm life. This time we were taken down to the Farmyard Nursery where the kids got the chance to milk the cows, collect eggs and feed the farm animals - including alpacas! My son also loved seeing the ducks which waddled around outside freely. 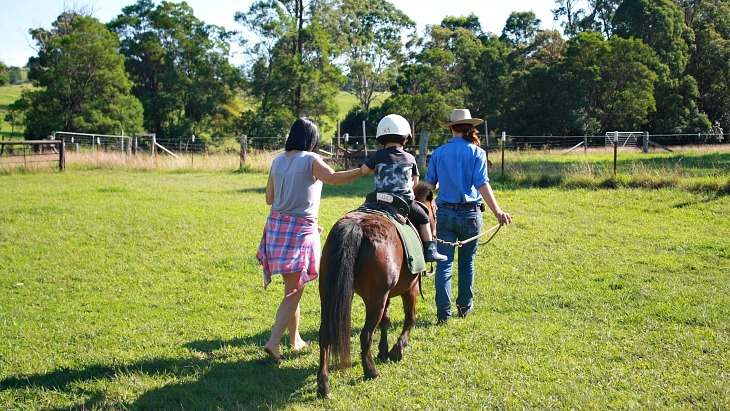 After our introduction to farm work we were given some farm life r&r in the form of pony rides (those over 8 are offered horse riding)! My son was thrilled to saddle up and take a walk around the farm, even though he was a little nervous to climb aboard, the staff were so friendly and gentle with him that he was at ease in no time. That's the beauty of farm life, nothing ever seems to be too hard, their simple, relaxed way of living is so contagious that I'm sure we drove at a snails pace back to Sydney. 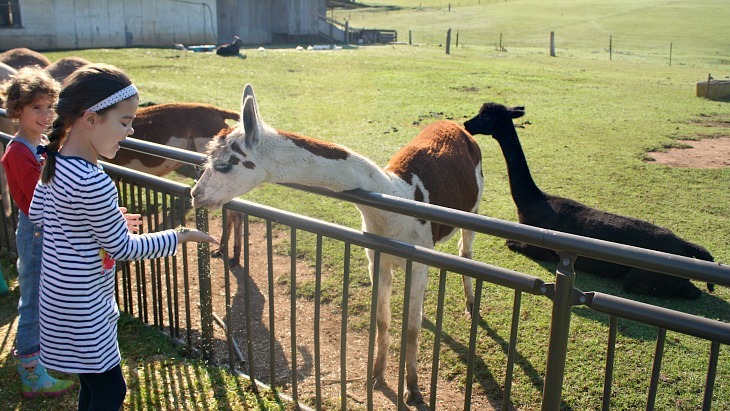 Mowbray Park Farmstay is located at 745 Barkers Lodge Road, Picton. A short, kid-friendly car trip of 90 minutes from Sydney. Two hours from Canberra and just 45 minutes from Wollongong. You can do a day trip or make a weekend out of it.