There’s a new hybrid restaurant set to hit the Sydney scene, and it’s got quite a speciality niche: sushizza. This NYC-meets-Japan style eatery, Sash, originated in Melbourne and is making its way North, with Sash Sydney in Surry Hills opening up in October.

If you’re struggling to comprehend the notion of a sushizza, here’s the deal: 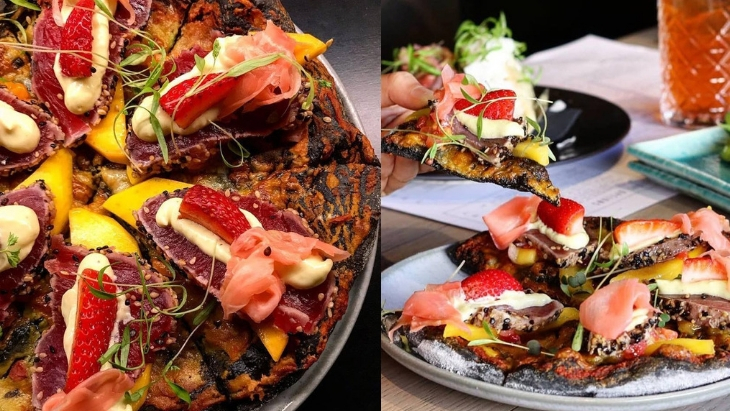 Sushizza’s are a (generally) rice-based pizza that are often dyed with squid-ink to give a charcoal, black colour to the thin and crispy base. Loaded up with Japanese-style toppings like sesame crusted tuna tatami, seared salmon, wasabi, picked ginger, miso roasted eggplant and honey hoisin sauce, these cutting-edge pizzas offer a totally different experience to the traditional—and have proven to be a real hit in Melbourne.

To add another string to the American-ness of the restaurant, crispy tacos and tostadas also grace the menu, alongside sake buttermilk fried chicken nuggets, lotus lamb sliders and a sticky pork belly bun. Need we go on? 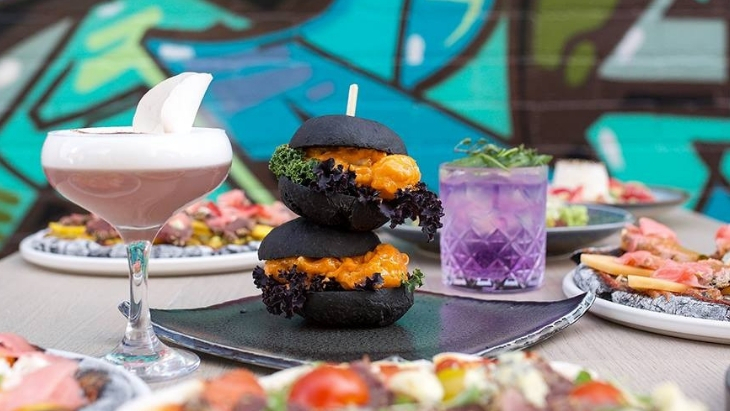 If you’re more of a purist however, fret not! Sash also offers an extensive range of sushi and traditional dishes, from signature sashimi, salmon ceviche and grilled Asian greens. Mouth watering already? Keep your eyes peeled for when Sash opens in Sydney—it's going to be based on Wentworth Avenue, just a stones throw from the suburb's other iconic Melburne export, Chin Chin. Here's hoping that sassy Surry Hills folk are as much a fan of sushi pizza as Victorians are!