Sister Act Reboot Confirmed: With Whoopi Goldberg Back In The Habit 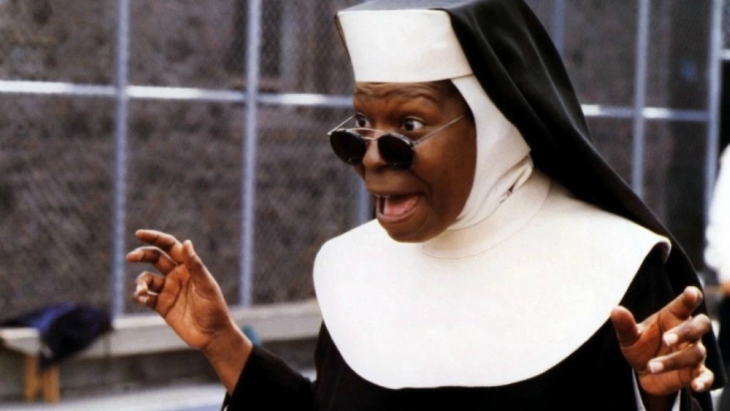 Well hallelujah! If you grew up singing along with Whoopi and the nuns to the sweet gospil renditions of pop songs, good news - you can do it again with your kids. Sister Act is the latest classic film to be given the reboot.

Whoopi was talking to Good Morning Britain when she decided to drop the news we've all been praying for.

“So we’ve been all over Disney begging and they’ve decided that they are going to go in a different direction with Sister Act,” Goldberg said.

“So it won’t be Sister Act 3 it will be a brand new rendition of Sister Act."

If you were thinking Whoopi was reprising her lead role as Sister Mary Clarence, think again. Whoopi will only be making a cameo in the new film.

“I guess I’ll walk through a scene and that’s how they’ll say I was part of it,” she said.

It’s been 25 years since 1993’s “Sister Act 2: Back in the Habit”, which starred Goldberg alongside Lauryn Hill. It followed the huge success of the first “Sister Act”, released in 1992.

Sister Act made more than $319 million worldwide making it one of the highest grossing movies of 1992.

We are so here for the reboot!