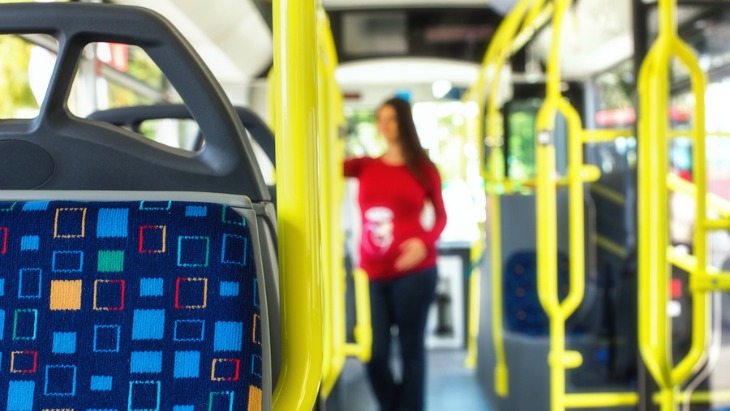 In good faith, we assume that no able-bodied commuter would refuse to stand for a seatless pregnant woman on a bus. But what if there is a question as to whether or not the woman standing is pregnant? Are they just round in the middle? Perhaps they're very early on in the pregnancy... Most commuters would prefer to just remain seated rather than risk the awkwardness (and rudeness!) of asking a woman if she's pregnant.

It's All About Courtesy in New York City

In New York, a campaign (launched on Mother's Day, naturally) by the Metropolitan Transportation Authority is seeing the issuing of 'Baby on Board' badges- but not for cars, for pregnant women riding the subway. They are also offering "Please Offer Me a Seat" buttons for those with invisible illnesses or seniors, in a bid to encourage courtesy on subways.

According to CNN, MTA Interim Executive Director Ronnie Hakim said: "Pregnant riders, seniors and those with disabilities often need seats more than others but their condition may not always be visible. We hope this campaign will help their fellow riders to be more willing to offer them a seat without having to ask a personal question first." 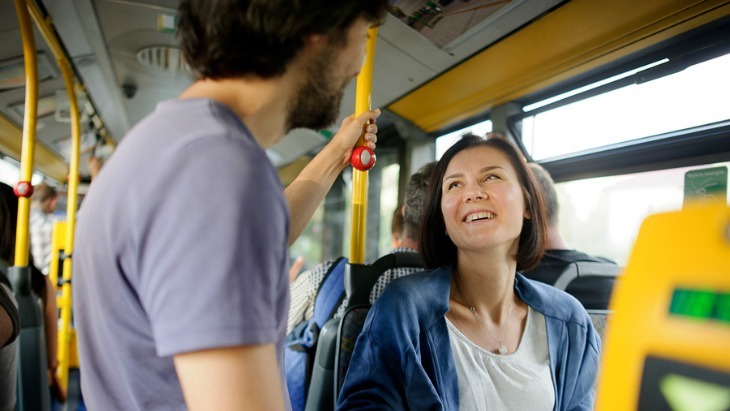 According to Carolyn Tate from Essential Baby, pregnancy badges should absolutely be an option. After fainting not once, but TWICE whilst pregnant and standing on a public bus, Tate says she became comfortable loudly professing her need for a seat when riding on a packed bus. But should she have needed to become so vocal?

Tate says that in terms of pregnancy badges, Australia is actually super behind the courtesy train, and it's about time we hopped aboard. As well as the recent initiative in New York, Tate says that London has run a similar program in its underground since 2005, and South Korea has an incredibly high-tech way of identifying seat-needers, no badges necessary. In South Korea, the Pink Light Program, according to Tate, involves "pregnant women carrying sensors that activate pink lights next to priority seats on trains".

Some people love the idea, some people think it's embarrassing and undignified, and Kelly Baker from nine.com.au, thinks that "if you can ignore a nine-month pregnant woman as she stands on a 30-minute bus ride you can most likely ignore a statement badge equally as well."

What do you think of pregnancy badges on public transport? We want to know! Comment on Facebook!