Should Anthony The Blue Wiggle Retire? 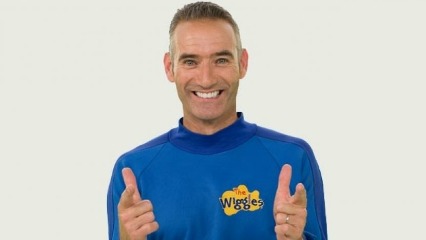 File this under Crimes Against Humanity. Or more specifically, crimes against Anthony!

We were shocked to read a scathing attack by the Daily Telegraph which claimed the Blue Wiggle, Anthony Field, was too old to be in the band and that he should “wiggle on”!

Writer Kerry Parnell’s reasons that the 53-year-old performer should hang up the blue skivvy can be surmised as the following:

“There have been scandals, including The Great Yellow Wiggle Fallout” – What music group doesn’t have departing member scandals? Hello, Robbie Williams leaving Take That? Hardly grounds for the sack.

“You’ve struggled with depression” – In my opinion, anyone who makes light of depression should be stripped of their licence to write.

“You’ve done 10 million handstands with a back condition” – So has Madonna, no one is asking her to retire!

“Last year you fought off meningitis of all things” - The key word being ‘fought’. He’s still dancing, isn’t he? We haven’t seen him carted off on a stretcher yet. Ms Parnell then goes on to suggest that Jimmy Giggle would be better suited to the blue skivvy- because of his youthfulness and good looks. Kerry you must be joking, Jimmy loves going to work in his pyjamas, he’d never leave!

We might be blinded (possibly by the bright colours of their skivvies) and the way they transfix our kids into eating their mashed banana, but we just don’t want to hear a bad word about these toddler rock stars. The Wiggles have even produced a love story more perfect than when Monica and Chandler got together. Just wait until Emma and Lachy produce their Wiggly baby!

Kerry, no disrespect, but I am wagging my finger at you for being so ageist. Leave poor Anthony alone. Yes he’s been dancing and singing for more than 25 years and he’s the only remaining member but that doesn’t mean he should be put out to pasture.

We like to think of him as the George Clooney of the Wiggles. That’s right, we at ellaslist love him!


What do you think of Kerry’s comments? Should Anthony call it a day? We’d love to hear from you.

Absolutely not! I never even thought about his age until I just read this, and I am just going to pretend I didn't read it. He makes my kids laugh, what does it matter? Australian entertainment suffers already due to our small population, celebrate it Kerry, don't tear it apart until there is nothing left.

No he shouldn't he's the best one

Anthony Field ROCKS! He is in Better Shape than a lot of 3 year old entertainers