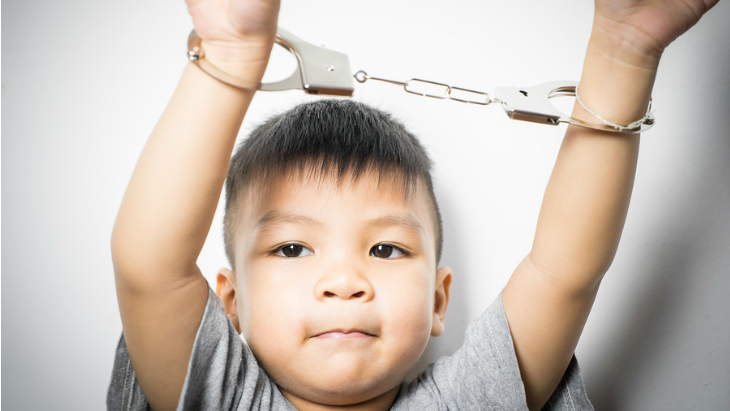 According to a new report from MIT economist Joseph Doyle, second-born boys are more likely to be quite the little troublemakers, and everything makes so much sense now.

According to this international study, second born siblings proved 20-40% more likely to be disciplined in school and enter the criminal justice system than their sibling counterparts. So birth order does matter, after all!

But why? According to the study, it could be down to a few reasons. Firstly, a first-born's role models are their sensible, mature parents, whereas a second born sibling follows after a toddler, depending on the age gap between siblings. Secondly, it could be down to the changing parenting styles between siblings- first-borns usually receive a whole lot of attention until the next baby is born, whilst the second born will only ever know life with siblings, often-distracted parents, and having to compete for attention.

It really appears that second-borns get the crappy end of the stick, with another study revealing that first-born children are more likely to be successful in later life, and work in higher paying jobs. The IZA Institute of Labour Economics showed that first born sons are 24% more likely to work in top positions compared to their younger siblings. In addition to this, they were also found to be more willing to accept responsibility, more conscientious and more agreeable.

But it's not all bad: second-borns might turn out to be criminals, but at least they'll make you laugh. A study by YouGov UK found that younger siblings were more likely to be considered funny by their families, more relaxed and more easy-going.

Here's why stubborn children are going to be rich!