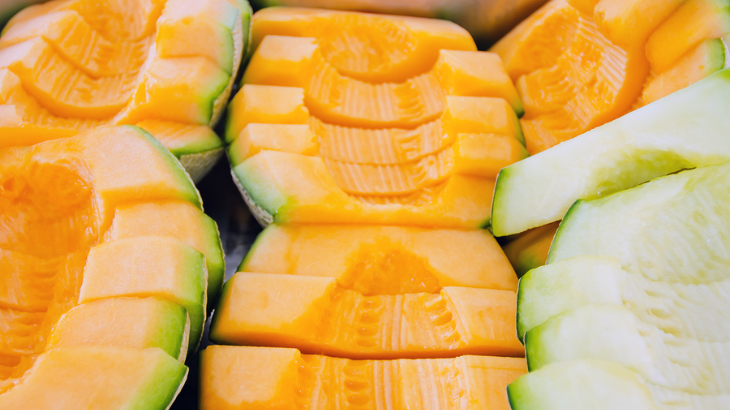 It's the unlikely source of one woman's health scare at 33 weeks pregnant: rockmelon.

Amelia Liddy-­Sudbury told the Daily Telegraph that she suffered from a life-threatening Listeria infection. “I bought it, cut up and I think that was the source,” she said of the pre-cut, pre-packaged rockmelon which she believes was the source of these nasty microbes.

A Very Lucky Ending - For Some

Listeriosis is caused by the food-borne listeria bacteria, and is fatal to 1 in every 5 babies that are infected by it. “It is a deadset miracle he is alive, once you are diagnosed with listeriosis, that’s usually it, the baby is dead,” Mrs Liddy-Sudbury told the DT. Two weeks following her infection, Liddy-Sudbury's baby boy Theodore was born 5-weeks premature, needing weeks of IV antibiotics to prevent meningitis from taking hold.

Although thankfully, this case ended in a happy and healthy mum and bub, not all cases are as fortunate. Two weeks prior to Liddy-Sudbury's case, a woman was, according to the Daily Telegraph, admitted to hospital with abdominal pain, a headache and a mild fever- symptoms of a listeria infection. She had to receive an emergency C-section, but her child was stillborn. Liddy-Sudbury makes the third case of listeriosis in NSW in 2017, 3x the average.

2018 hasn't seen an end to rockmelon-induced listeriosis; 15 elderly individuals have been affected, and three of them, all Victorians, have died from the infection. The outbreak has been associated with rockmelon cultivated in Nericon, close to Griffith. The producer has since volunteered to halt production, and NSW Health has instructed anyone who purchased rockmelon prior to Wednesday 28 February to discard it.

In response to this scare from a surprising culprit, the melon industry and retailers across Australia have since held crisis talks, with the industry agreeing to review their fruit packing process. In the meantime, the elderly, pregnant women and anyone with a compromised immune system should avoid eating pre-cut melon - although pregnant women are always advised to avoid pre-cut fruit and vegetables because they're an invitation for contamination.

Flu-like symptoms are typical at onset. Fever, chills, aching muscles, nausea, and in some cases diarrhoea might be a red flag, and a reason to see your doctor. Worth noting is that the symptoms of listeriosis may only become evident several days or even weeks after eating a contaminated food.

Pregnant? Here Are The Foods To Avoid

This scary spike serves as a warning to pregnant mummies-to-be to be extra vigilant regarding food choices. Whilst the listeria bacteria usually doesn't cause illness in healthy people, it can infect unborn babies because of the microbe's cross-placenta capability. Foods to avoid include pre-cut or pre-packaged fruit and veg like bags of salad and of course, rockmelon (cut and wash all fruit and veg yourself if you're pregnant), as well as the usual suspects: raw fish (hold off your sushi train adventures until your baby's arrived), cold meats and soft cheeses (there go your cheese platter dreams), cold cooked chicken, pre-made sandwiches, soft serve ice cream, anything that's been sitting around or behind glass counters at cafes, and unpasteurised milk.