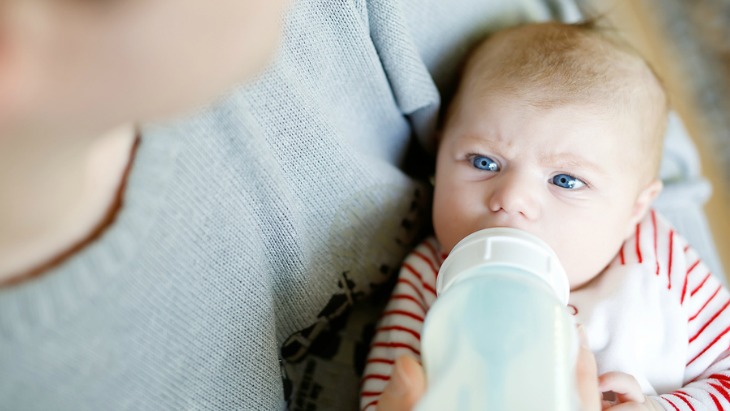 Friends of the Earth Australia recently commissioned an independent test into Australian baby formulas, and it was found that three out of the seven products tested including Nestlé NAN H.A. Gold 1 and Nature’s Way Kids Smart 1 contained 'nano-hydroxyapatite particles' which are potentially toxic, and banned for use in such products in Australia.

But what are nano-hydroxyapatite particles? According to Friends of the Earth, they have been shown to cause "cell death in the liver and kidneys of rats" and as a result were prohibited for use in infant products. European Commission’s Scientific Committee on Consumer Safety (SCCS) has previously deemed such nanoparticles unfit for use in toothpaste and mouthwash due to its potential toxicity. Here's what was found and where, according to the nanotechnology team during testing at Arizona State University:

Overall, 5 of the 7 products contained potentially harmful nanoparticles. It is still unknown as to whether these could be naturally-occurring, or added in the production process. According to the Sydney Morning Herald, nanotechnology is being increasingly used by food manufacturers- adding man-made nanoparticles to "improve texture, flavour and shelf-life."

Friends of the Earth are calling for "an immediate recall of all affected brands – and for our food regulator – Food Standards Australia New Zealand (FSANZ) – to immediately commission testing of all infant formula to ascertain what other brands contain hydroxyapatite or other unapproved and potentially harmful nanoparticles." They also go on to claim that FSANZ is doing an inadequate job, with many popular products going unchecked. "It consistently refuses to regulate, ignores legitimate health concerns and won’t act for the public good except in the most extreme cases. The agency needs to be fully investigated and overhauled." According to the Sydney Morning Herald, last year, when Friends of the Earth commissioned similar research into the presence of these nanoparticles, FSANZ posted on its website that nanoscale hydroxyapatite, as well as nanoscale titanium dioxide and silicon dioxide "[were] not permitted additives or permitted forms of the minerals in infant formula in Australia and New Zealand". Fairfax Media understands that as soon as these new baby formula test results were released, FSANZ deleted that post, and hasn't answered the SMH's questions as to why this is the case.

So is there cause for concern? Nestle told the Huffington Post: "The quality and safety of our products are non-negotiable priorities for our company. We only release infant formula batches for sale after extensive testing in our factory to ensure that they meet our own high-quality standards and comply with all relevant food safety laws and regulations. NAN HA Gold 1 was deleted from our range in early 2016. This was not related to safety or quality ... there is no safety risk related to the presence of nanoparticles in infant formula."

We will keep you updated if any new evidence comes to light, but in the meantime, we suggest choosing baby formulas at your own discretion.