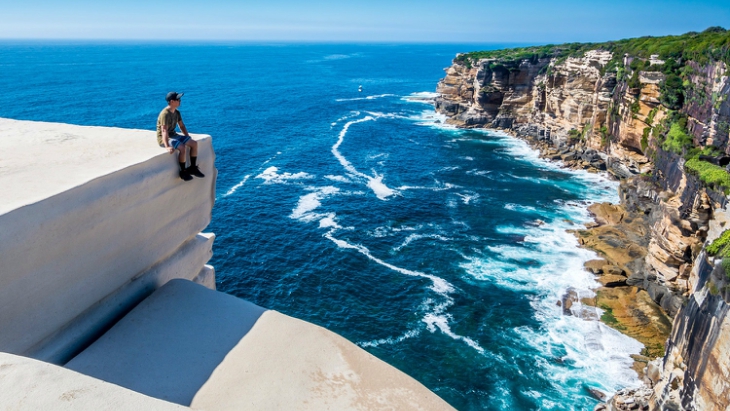 Getting the perfect Instagram shot is risky business. And I don't mean attempting to get both of your kids looking at the camera, smiling angelically without meltdowns. I mean the social media queens who will travel great lengths and put themselves in precarious positions just to hit triple figures in the likes department. One such location is Wedding Cake Rock in Sydney's Royal National Park.

Not unlike a wedding, the rock guarantees a surge to any feed. But now the police and park rangers have had enough.

NSW Parks and Wildlife (NPWS) confirmed NSW Police have been assisting them with "site compliance" at Wedding Cake Rock, to combat the dangerous behaviour.

The site is already protected by a 1.6-metre-high fence, erected in 2016 in an attempt to prevent tourists from standing on the rock, but many ignore the barriers and the threat of a $3,300 fine, in search of the perfect shot.

Doing It For The 'Gram

So far, more than 100 people have been warned not to climb on Wedding Cake Rock and 13 fines have been issued for scaling the fence. Alarmingly, in 2014 a French tourist fell to his death due to a fall caused by the cliff crumbling beneath them. A 2015 geotechnical report found the rock could collapse at any time "without warning" into the sea 50 metres below.

The national park’s website warns visitors reminding of the high risks if they jump the fence.

It says: “The white colour is caused by iron leaching, which makes the sandstone layers dangerously soft, prone to cracking and at very high risk of collapse."

If you really want to get into high risk photography, come and take photos of my kids instead (boom-tish there's your dad joke). Seriously though, stay away from the rock, it's been done to death!