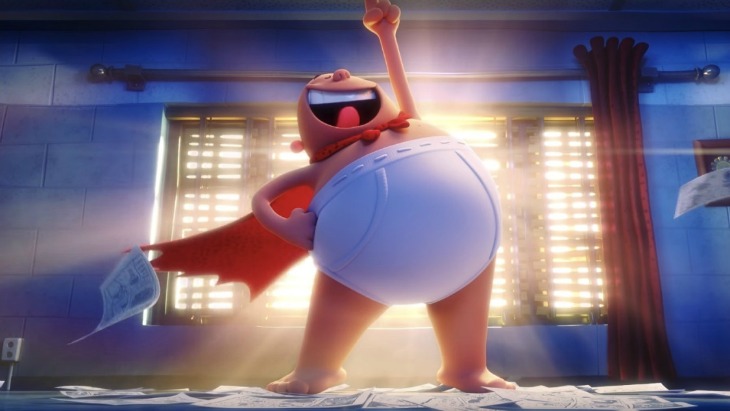 It's from the studio that brought you Shrek, Madagascar and Kung Fu Panda- so we're expecting big things! Check out the exciting new trailer based on the worldwide phenomena: Captain Underpants!

Toilet Humour At Its Best

Coming this September is the epic tale of two schoolyard friends (voiced by the hilarious Kevin Hart and Ed Helms) who hypnotise their pain-in-the-butt headmaster into becoming the not-so-super superhero Captain Underpants! Although Captain Underpants is a step up from their original teacher in the fun department, the boys soon learn that this is not an end to their problems by any means. The extremely popular book series will probably be remembered by kiddos of the later 1990s and early 2000s- it put the humour in the term toilet humour. It's unashamed use of wedgie and underpants jokes delighted kids, with the American Library Association, according to newshub, declaring it the number 1 most complained-about series. Why? It was said to be insensitive, encourage insubordination in kids and even depicted what was thought to be a gay male character. None of this seemed to bother Dreamworks- and now, the finished 3D product is almost here. We cannot wait.

A word of warning for those who haven't read the books: we think use of the term 'superhero' might be a little generous when describing this cape-wearing terror.