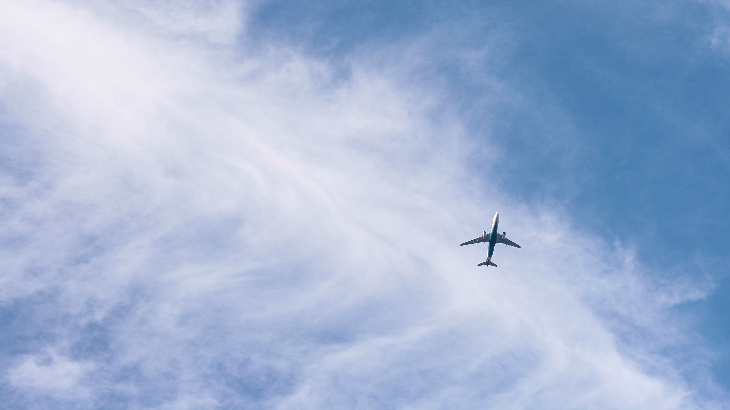 Jet Airways welcomed a baby boy somewhere between Saudi Arabia and India last week! Born prematurely at 30 weeks, he (his identity has remained private) arrived with the help of crew members and a nurse who happened to be onboard, shortly before an emergency landing in Mumbai. Mum and bub are doing great, and Jet Airways have gifted their precious little one a pretty exceptional birth-day present. Check out their Twitter announcement: 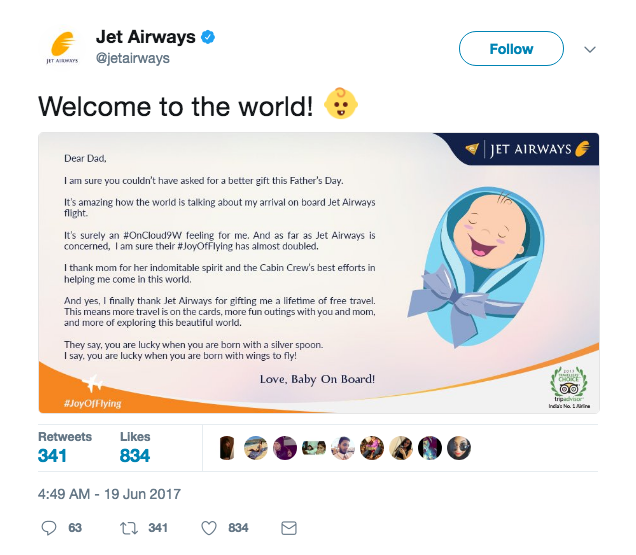 Free air travel for life? We're kind of wishing we were born in mid-air! According to the BBC, Jet Airways said: "Jet Airways commends its crew for their response and promptness that saw them successfully translate their training into life-saving action." This is Jet Airway's first born-on-flight babe.

After landing from the 35,000 foot high delivery at 9.12am, mum and bub were taken to a nearby hospital in Mumbai, although the plane's intended arrival destination was the southern Indian city of Kochi. He was born at 8.45 am, so that means his first half an hour of life was spent on board! It's a general rule that pregnant women must supply a letter signed by their doctor indicating the expected birth date if they are 28 weeks through their pregnancy or more. Although a case such as this is really rare- it happens!

Read about other babies who were born on aeroplanes and the awesome gifts they receive.