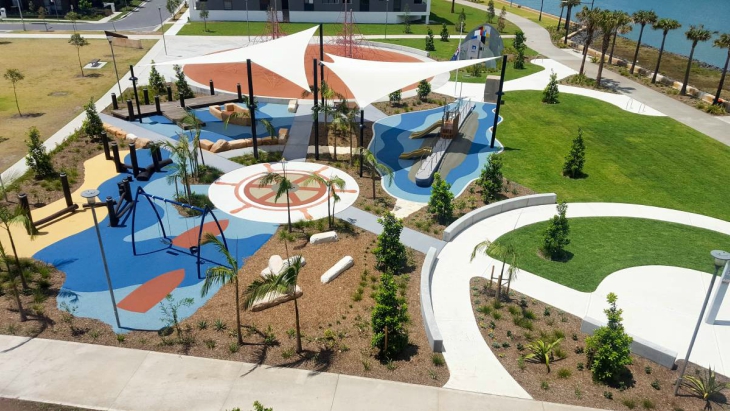 What makes an excellent park? Is it the state of the art equipment? The community spirit? The proximity to cafes? A combination of all? Perhaps those would be the requirements for parents, but for Parks and Leisure Australia, the peak industry association for those working in the parks and leisure sector in Australia, it is more than that.

The body recently presented Ermington’s Halvorsen Park playground with an award for excellence. The playground which opened up six months ago by the Parramatta River was noted for its natural design and accessibility to chidlren of all ages.  It was crowned the best playground project in Australia in the up to $500,000 category at Parks and Leisure Australia National Awards of Excellence held on the Gold Coast last week. 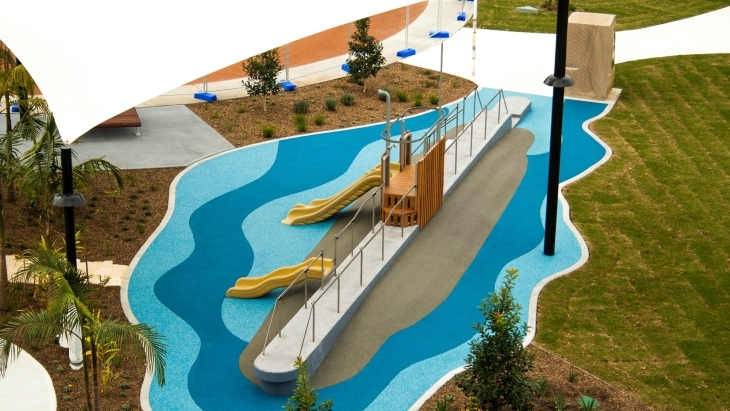 “The playground design was thoughtfully created to suit children from four to ten years of age with natural elements such as sandstone, hardwood timbers and natural rope inspired by the maritime association,” said Dominic Sullivan, one of the playground's developers.

For many years, the river foreshore at Ermington was barren wasteland off limits to the public but since the revitalization, the area has come to life. In addition to the playground, the foreshore has been landscaped with nearly 300 large sandstone blocks, 4000 square metres of turf, 50 mature cabbage palms and Sydney red gums, improved cycleways and lighting and roofed viewing platforms.

“The playground has become a magnet for young families who enjoy its waterfront location and the unique and colourful structures,” Mr Sullivan said. 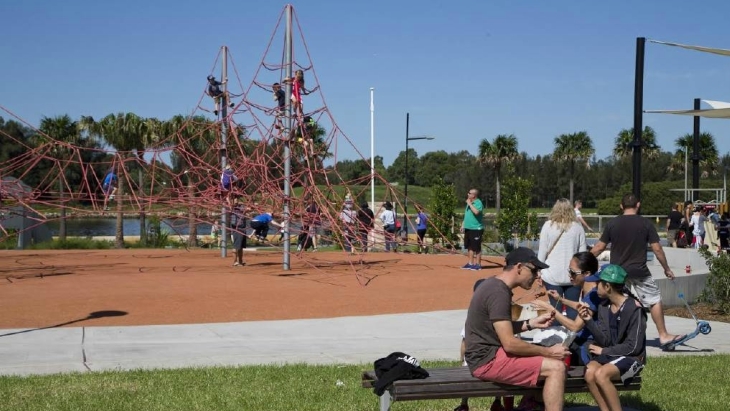 The playground was inspired by the riverside location, exposed wharf piers at low tide, a memorial sculpture for the World War I AE2 submarine, as well as Halvorsen Park itself, named after a well-known timber boat building business. It was created from natural materials such as sandstone, hardwood timbers and rope inspired by the marine association.

Have you been yet? Stay tuned for our full review soon...