Needle In Apple Found By Student At Sydney School 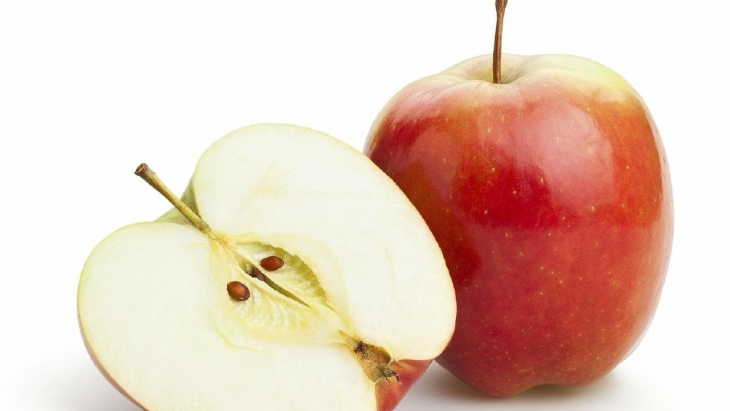 Another needle has been discovered hidden in a piece of fruit, this time an apple, at a western Sydney primary school. The pupil who found it at Penrith Anglican College was not harmed and police were immediately informed. 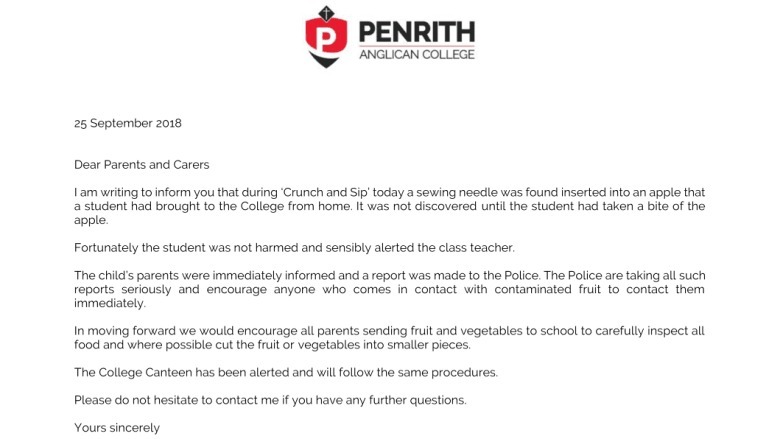 The letter sent to parents by acting head Felicity Grima

The acting principal has advised parents to carefully inspect fruit and vegetables when packing them and, where possible, to cut them into smaller pieces.

This comes just days after a needle was found in an apple by a school girl at Hamilton's Monivae College in Victoria.

Police are concerned about the large number of copycat incidents, officials say more than 100 people have reported finding them during September.