It's Nuts! There is an official Nutella Shortage. 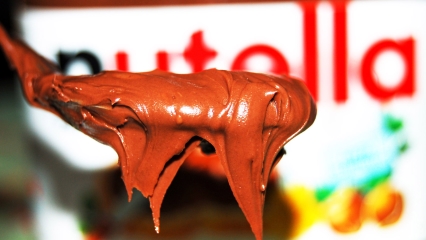 Kids (and grown-ups) who love lashings of Nutella on their toast may have to switch to vegemite for a while. Yes, there is officially a shortage of Nutella in Australia. Shock! Horror!

Apparently we can blame those Melbournites for the toddler tantrums when our little ones discover we’ve scraped the bottom of the jar of their favourite choccie spread. Word is that foodies down South are chowing down on Nutella-filled doughnuts and pastries by the dozen. Their craving has been our calamity as suppliers can’t keep up with the demand for commercial-sized tubs. So chefs have been forced to buy ‘our’ smaller tubs from the supermarkets as far as Sydney.

Thank goodness, Ferero Australia is on to it and they have confirmed the next shipment of the commercial-sized three-kilogram tubs from Italy is on its way and should hit Aussie shores by next week.

But be prepared for the price of that hazelnutty treat to soar as parents scramble to the shops to get their hands on those last few jars of Nutella. Right, I’m off now! The supermarkets are still open so I may still be able to wrangle a jar before you all rush out to do the same thing.

Actually I’ve got a better idea! Paediatric Nutritionist, Mandy Sacher, has developed her own healthy version of Nutella. She’s called it Betta Than Nutella Choc Spread and not only is it school-lunch friendly (yep, no nuts!) but she assures me once the kids taste her version, they’ll be hooked.