If Stay At Home Mums Earned A Salary - What Would It Be? 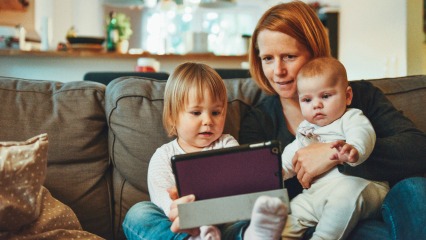 It’s a hypothetical question that we think could illicit a pretty broad spectrum of responses. To some – there is no harder job, but to others – it’s unfortunately seen as an easier road than a professional career. What we can all agree on is that it is a job consisting of long hours, little sleep, and is one of the most undervalued in our society.

Check out the interesting video by David Wolfe who has put a specific number on what a stay at home mum is worth: over $186,000 AUD a year!

All Wrapped Up Into One Package Called ‘Mum’

According to Wolfe and many mums out there, mothers are logistics managers, cooks, cleaners, accountants, hard labourers, teachers, drivers, nurses and oh so much more. His video reminds us to appreciate the work that often goes unnoticed and unrewarded in millions of households across the world. Some Other Salaries Have Been Put Forth

In 2016, for the 16th year in a row, Salary.com released survey results of thousands of stay at home mums who shared the types of jobs they did on a daily basis, and how much time they usually spend on such tasks. The results for last year were released on Mother’s Day, and it would seem that a stay at home mother’s salary currently sits at around $190,000 AUD per year. The job description, according to the survey, includes psychologist, executive housekeeper, executive chef, taxi driver, coach, athletic trainer, photographer, nutritionist, and so much more.  However, according to Insure.com, only 28% of men believed that a stay at home mother’s salary was worth over $100,000, and 22% of males thought the long list of chores were only worth around $33,000 AUD annually!

What do you think a stay-at-home mother’s salary would be? We want to know! Comment below.