As Cheryl Fingleson, The Sleep Coach, states: "Choosing April 1st as the end of daylight savings seems like a particularly bad joke to play on parents. But there are two methods that can minimise the disruption of the clocks going back an hour."

Which one you choose depends on whether you feel able to handle the change in one go or if you prefer to adjust your child's schedule slowly in the week or weeks leading up to or after the event. As always, this will depend on your child's personality - and yours.

Method 1: pretend nothing has happened

This doesn't mean putting your hands over your ears, closing your eyes and pretending it's still summer! It's even more simple than that, it means keeping going as usual.

This method works well with children who are able to adapt to staying up a little beyond their bedtime and who don't get too overtired as a result. So, when your little one goes to bed on Saturday, change the clocks and then continue with your family's routine as usual. The following day, keep your baby or toddler's routine the same as always: food and naps at the usual times; fresh air and sunlight to help their body adapt.

With this method children sometimes struggle to have their naps at the new, earlier time, or stay awake until their new bedtime - which will feel to them much earlier than their old one - but usually this will usually resolve itself in a few days or by the end of the week at the most. For a few days or weeks, your little one might wake earlier in the morning and from their naps than you'd like. But they should adapt soon enough.

If you need to move their naps to an earlier time, you can do so but only do it as a short term solution. The upside of this method is that babies and children who are going to sleep and waking up later than you'd like can have their bedtimes adapted so they're now going to bed and waking earlier. For instance if they struggled to go to sleep before seven, now their body clock will hopefully help them go to sleep at the new time of six o'clock. The bonus is you will get more time to yourself in the evening! 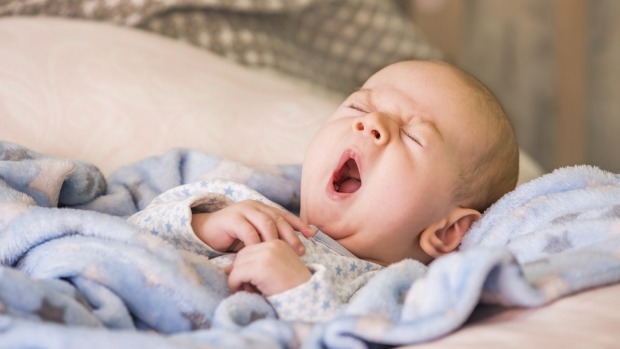 For some children and parents an overnight, one-hour change in schedules is too much to cope with in one go. This is especially true for parents who may feel they've only just got their baby into a workable routine or for babies and toddlers who are particularly sensitive to a change in their usual daily schedule.

This method involves a slower approach but doesn't necessarily mean more work. Many parents tweak their baby's schedule ahead of time. This usually works in babies older than eight months but some six month olds will also manage this change. Smaller babies usually adapt more easily as their schedules aren't as set and their sleep patterns are often more unpredictable.

If your baby is already waking too early, for instance at 5am and you'd prefer her to wake at 6am, then in the weeks before the clocks changing try and move her routine ahead an hour. When the clocks go back, she will be waking at the new 5am time. Then, if you switch her schedule again by an hour after the clocks have moved, hopefully she'll begin to regularly wake at 6am. Otherwise, on the day the clocks change, instead of putting your child down for the night at 6pm (yesterday's 7pm - the time their body clock will expect to sleep), try to keep them awake for an extra half an hour to 6.30.

The next day, shift everything else back half an hour, naps and meal times included. For instance if your baby usually has a nap at 1pm, push this back to 12.30pm. However, if you do this, keep in mind that 'overtiredness' can affect their sleep. If they're really struggling, only move their bedtime by 15 minutes at a time.

After a few days - although some children take a week or longer - your baby should be back to their original schedule, that is going to sleep at 7pm. 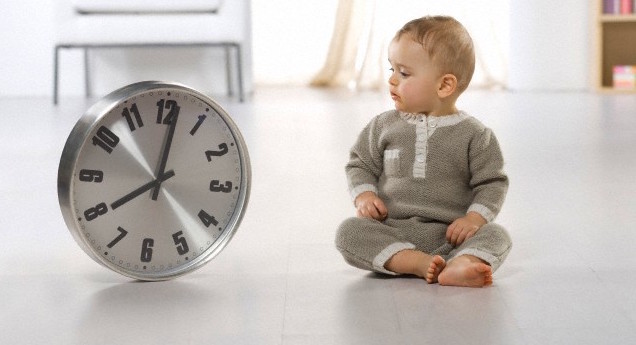 What else to look out for when the clocks change

1. Keep reading your baby's sleep cues. Their internal clock is more powerful than an actual clock.

2. Be flexible. The change often makes adults feel out of sorts, so young children can be especially affected by the clocks changing.

3. As we move further into autumn, it's a good time to consider whether your little one is warm enough at night. One good thing about the end of daylight savings is that the nights get longer and the mornings and evenings are darker which often helps children sleep a little longer.

4. However, be aware of the knock on effect of too much sleeping at night: their day-time naps might shorten.

For more advice from Cheryl Fingleson, The Sleep Coach, head to her website at www.thesleepcoach.com.au