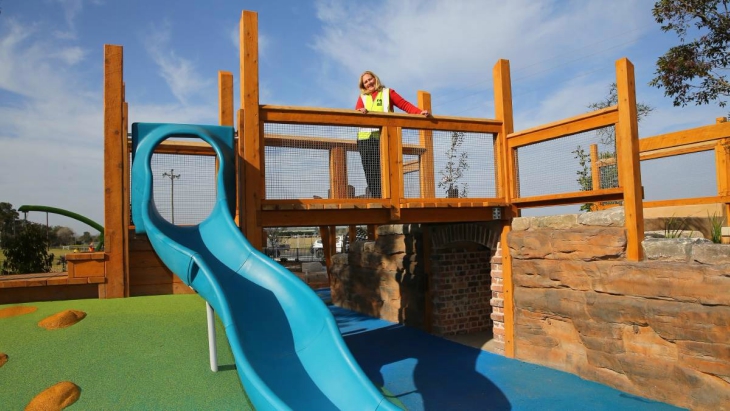 Governor Phillip Park has received its $1 million makeover and now showcases new gardens and avenue plantings, a brand new playground with water play and a carpark upgrade which will improve traffic flow and parking capacity for boat trailers.

The playground at the end of George Street, Windsor, will be officially opened to the public officially on Sunday, July 29 but the Mayor of Hawkesbury Mary Lyons-Buckett has already swung into the park to check out all the cool new features. 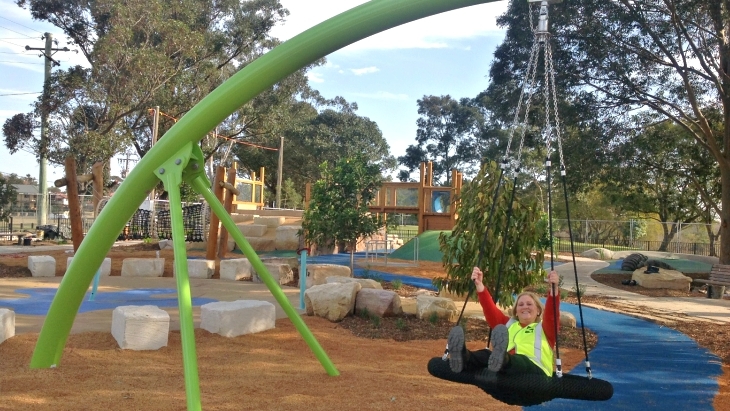 The new play space was designed to incorporate certain elements of the Hawkesbury including the river and its European heritage, as well as including native plantings and accessibility.

Inclusive Play For All

“The completed Stage 1 works include a children’s bicycle path and a variety of play equipment which aims to encourage balancing, climbing, sliding, spinning and exploration,” Councillor Mary Lyons-Buckett said.

“Based on community feedback, particularly from the Touched by Olivia Foundation, Council has modified the playground design to include fencing around the playground for extra safety for children. 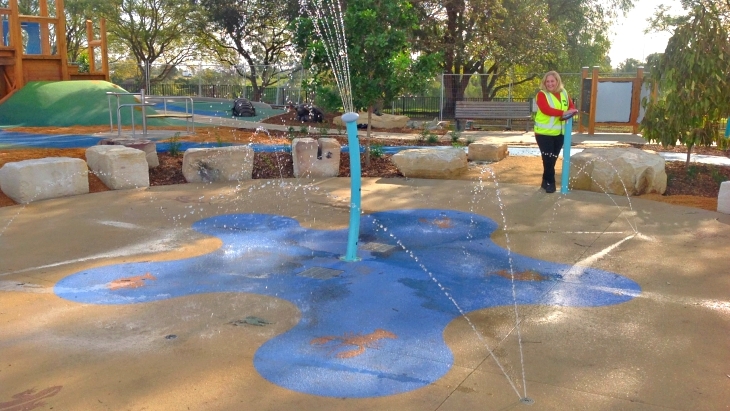 “The new playground looks fantastic and I’m sure everyone will enjoy the opening that we have planned in July as part of Local Government Week, so I encourage you all to come along and enjoy our first ever Hawkesbury Fest.”

Why not check out the new playground this weekend at Hawkesbury Fest on Sunday, July 29 – it's a free event for Local Government Week? 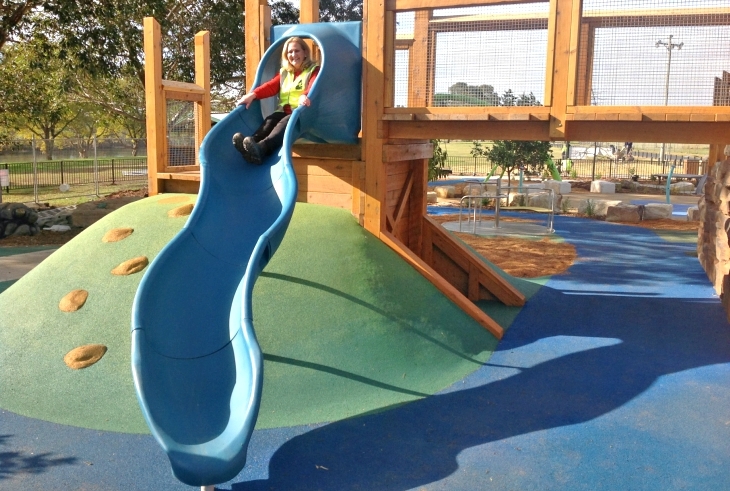 There will be jumping castles, face painting, sausage sizzle, craft, dog shows, a pop up library, food and community stalls, and giveaways including free plants.