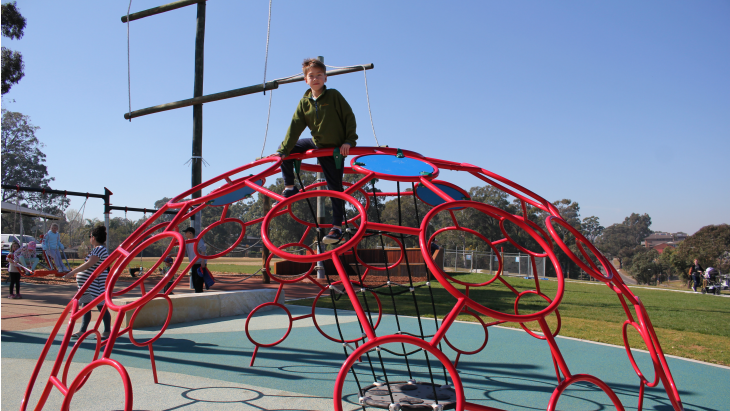 Kings Langley locals would already be familiar with the expansive parkland and dog park found at Endeavour Park, and the great news is that there is now a fabulous new playground. 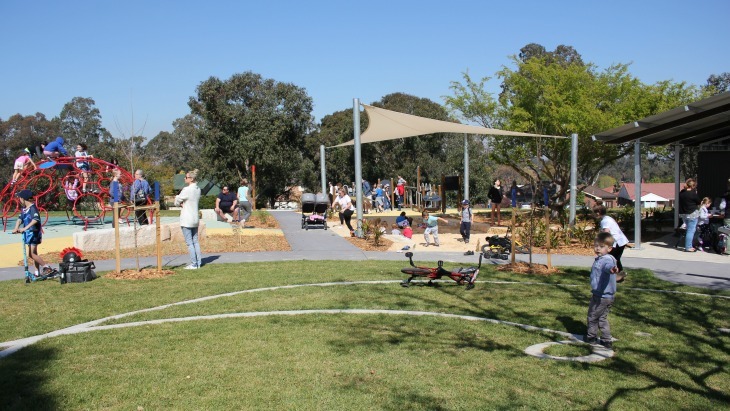 The first thing that caught our attention was the huge mast and sails of the Endeavour. The playground has been designed in keeping with the original name of the park and so has Captain Cook’s ship as its centrepiece. There are also many references to Captain Cook’s voyage to Australia throughout the park which make it unique. These include the transit of Venus across the sun that Cook observed in Tahiti and the goat that provided milk for those aboard the Endeavour. Going up to the bow and pretending to steer the ship is sure to be popular with many kids. 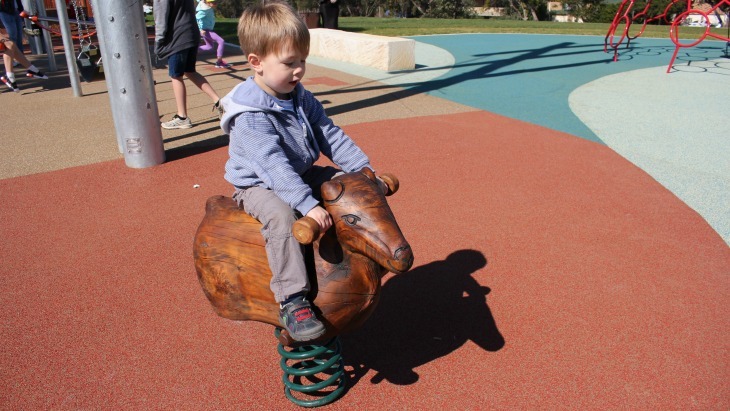 Something For Everyone, And We Mean EVERYONE

The playground has a huge variety of equipment that caters for a range of ages from toddlers to the aged with its unique Senior Playground. There are swings, ropes, a climbing dome, a sandpit, slides and lots more. All of these are connected by a rubber softfall surface and on fairly level ground. This means that parents can be seated at one of the shaded picnic tables and watch the kids nearly anywhere in the playground. It is not fenced but is a fair distance from the nearby roads. 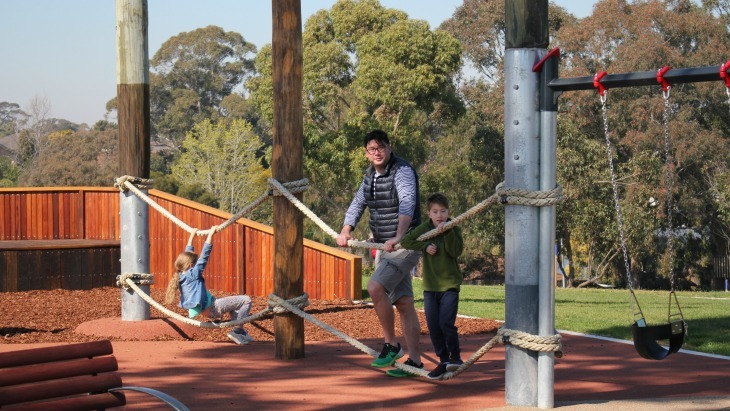 For kids who like to ride and scoot there is a small circular path in the centre of the playground that young children could ride around. For older kids, there is a longer track around the outside of the playground. There is also a coloured handball court and a basketball ring. Plenty of grassy space surrounds the playground for those who like to play ball games such as soccer. So don't forget to bring a range of balls, scooters, bikes and sand toys. 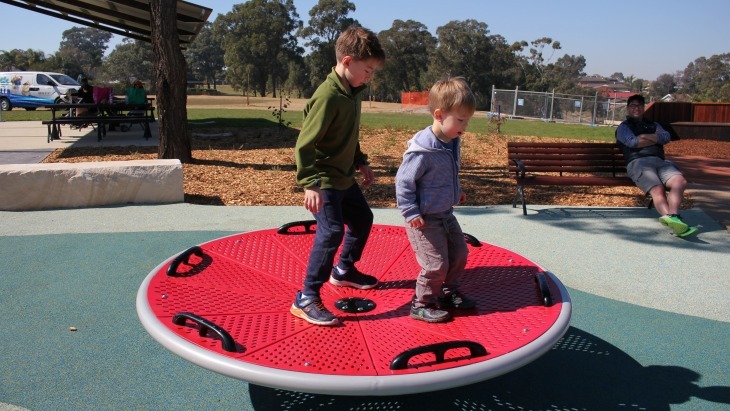 All The Makings For A Great Family Day Out

There are quite a number of undercover picnic areas as well as barbecues. These are shaded, as is the sandpit. But other than this there is no cover over the playground, so I suggest that in Summer you visit early or late in the day. There are toilets and bubblers available, although no baby change table.

This new park has been laid out beautifully and is sure to be a place that you will visit more than once. The kids won’t forget the ‘park with the big ship’. 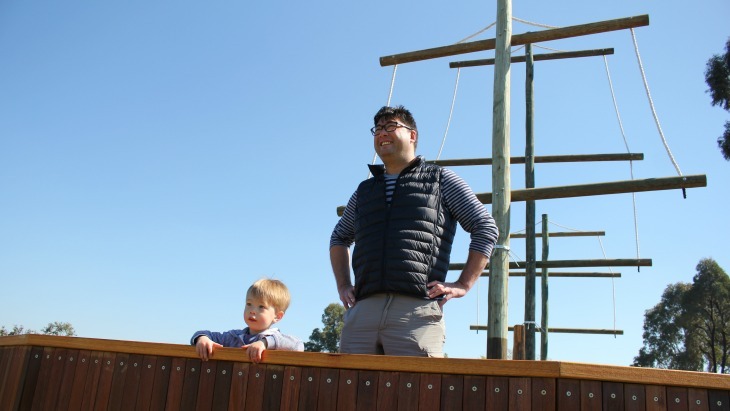 Nearest Cafe: BBQ facilities available at the park. The nearest cafes are Michel’s Patisserie and Sachi’s Corner which are both found at Kings Langley Shopping Centre which is a 2-minute drive.

Toilets: The toilets are clean and adjacent to the playground.

Shade: The barbecues and picnic tables are covered and the sandpit has a shade cloth. There are some trees for picnicking below. Most of the playground is unshaded.

Public Transport: There are buses to and from Blacktown Station.

Best feature: The huge range of equipment that suits a range of ages. 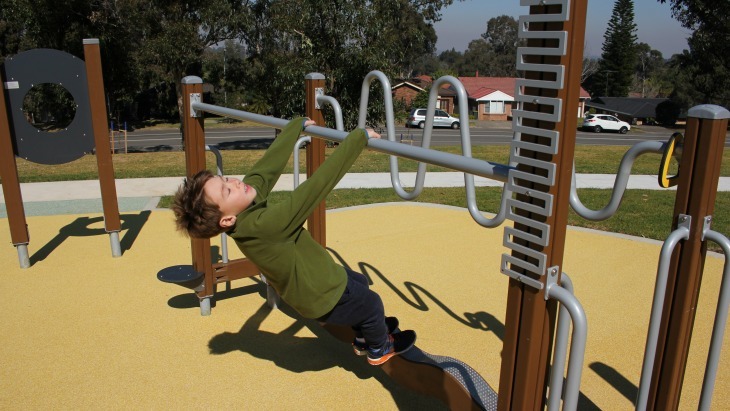 You can find this awesome playground at the corner of James Cook Drive and Shanke Crescent, Kings Langley. 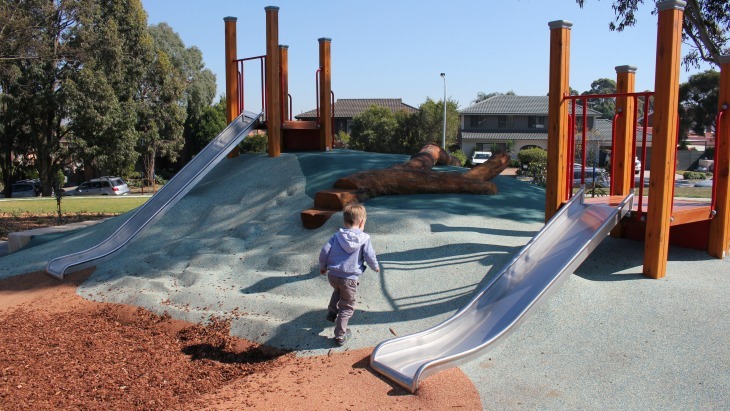