Ellaslist Checks out the ARBORIA Illuminatum in Fed Square - a Multicoloured Inflatable Wonder! 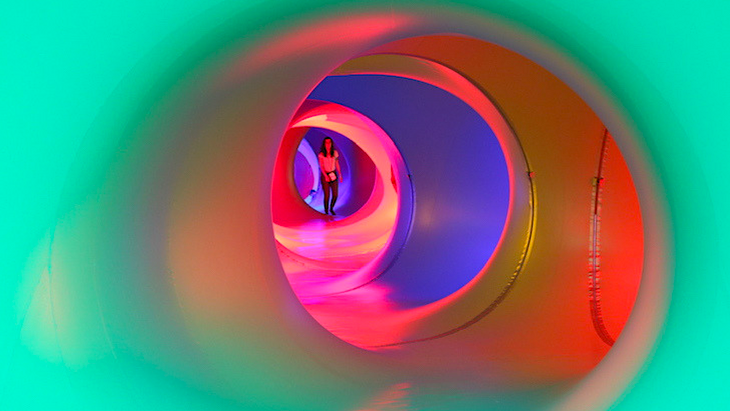 Explore light and colour like you've never seen it before these school holidays at the ARBORIA Illuminatum installation at Fed Square.

Inside a magical world of multicoloured inflatable domes connected by a labyrinth of tunnels, you will be inspired by the shapes and form of the forest it represents. 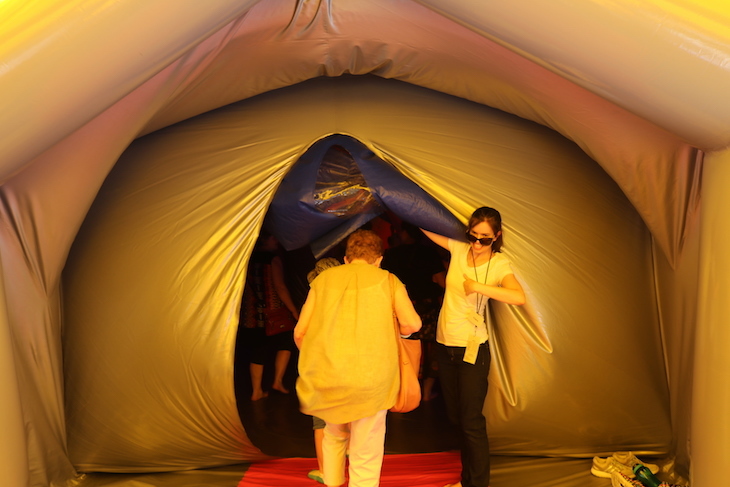 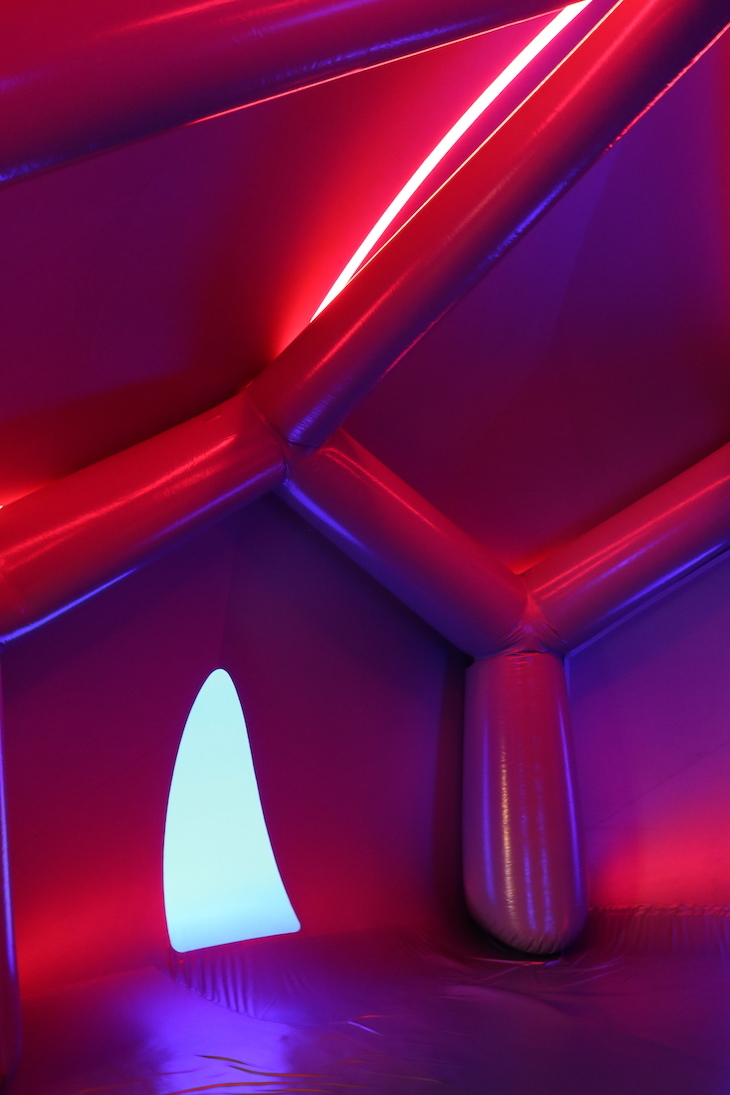 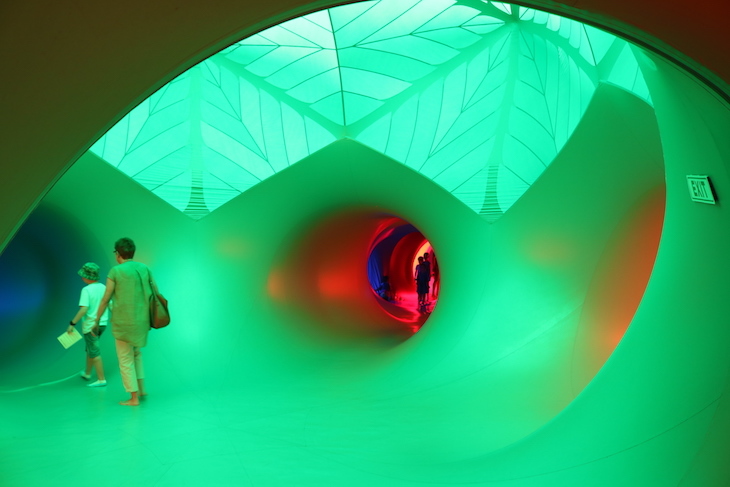 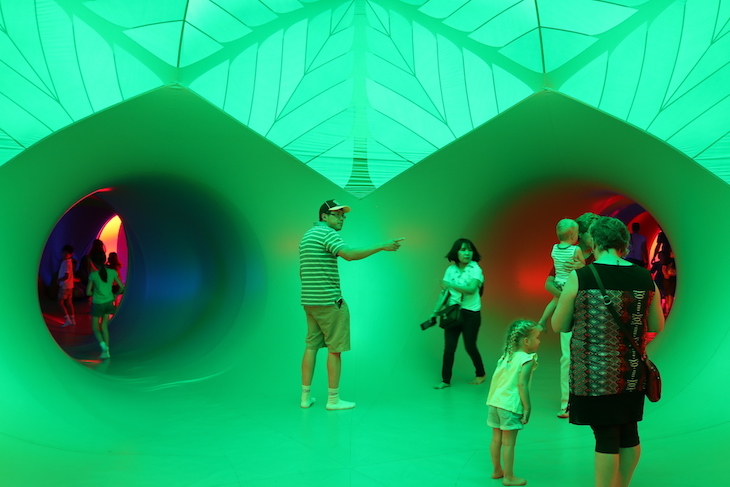 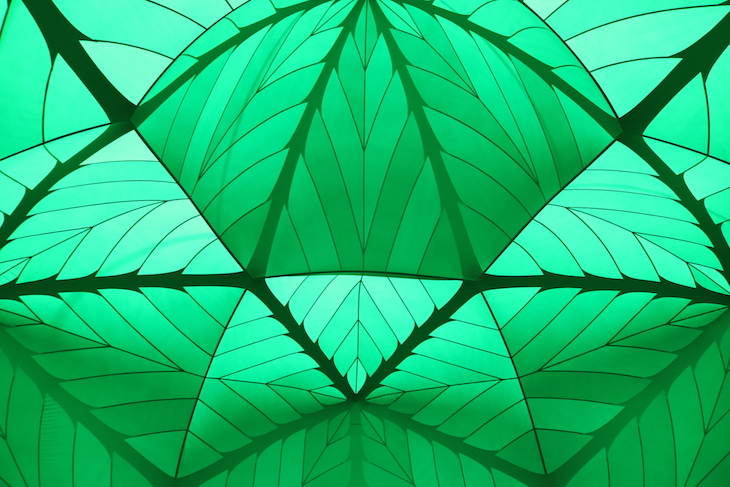 See the patterns of leaves and branches above and be enchanted by a soundscape, which originated in the Ecuadorian Cloud Forest. 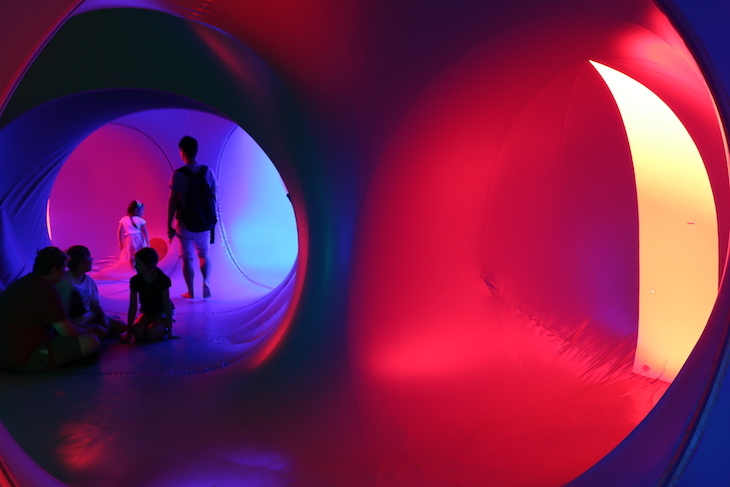 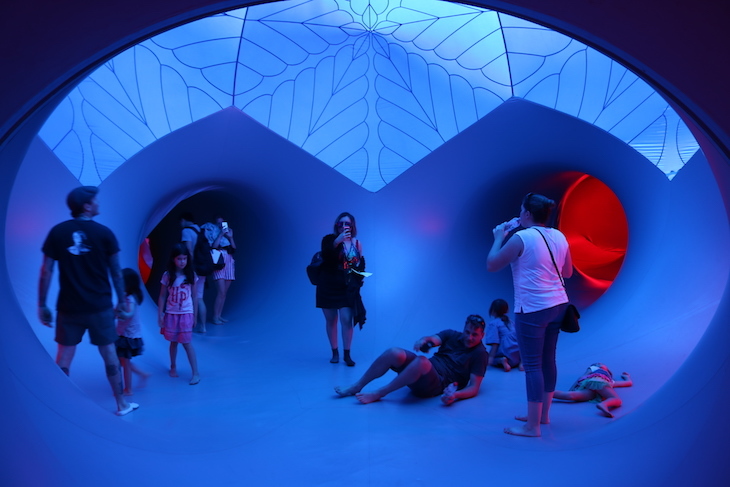 Our five and six year old daughters were captivated, running from dome to dome to see the change in colour for themselves. 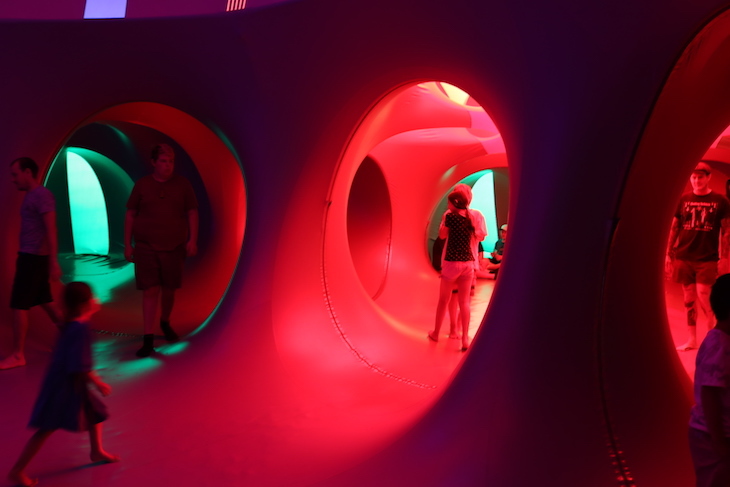 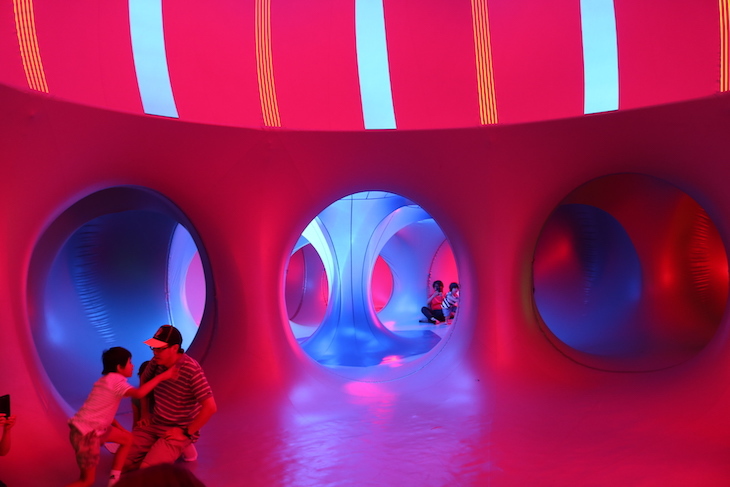 It is very honeycomb like, and usually quite busy - if the kids run off, it can be a moment until you can locate them again! But they are safe inside the instalation, and will not be able to leave without the people they came in with, as the exit is guarded. 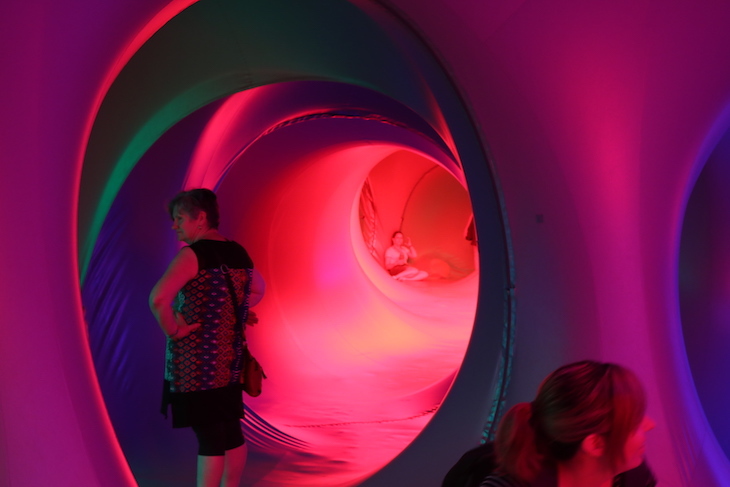 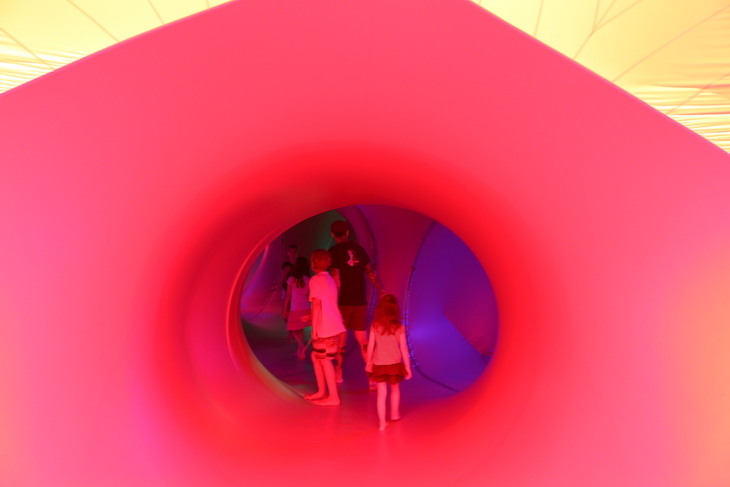 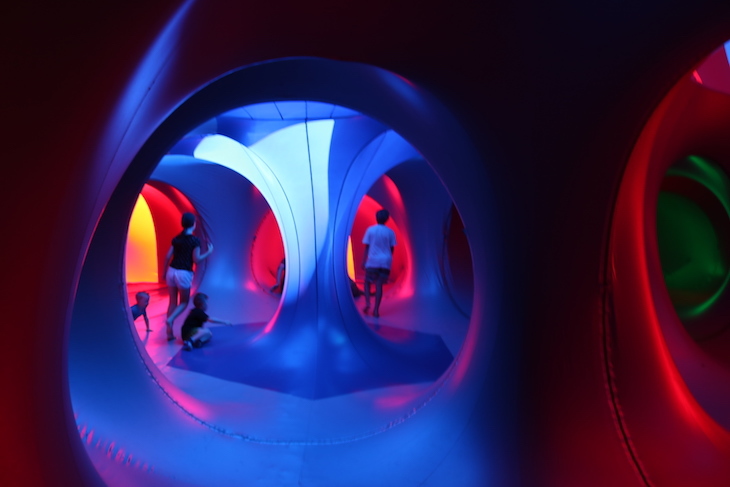 It is a riot of colour and sensory input, and crazy to believe this is all achieved with sunlight - there are no additional lights, just the sun streaming through artfully-designed coloured patches. 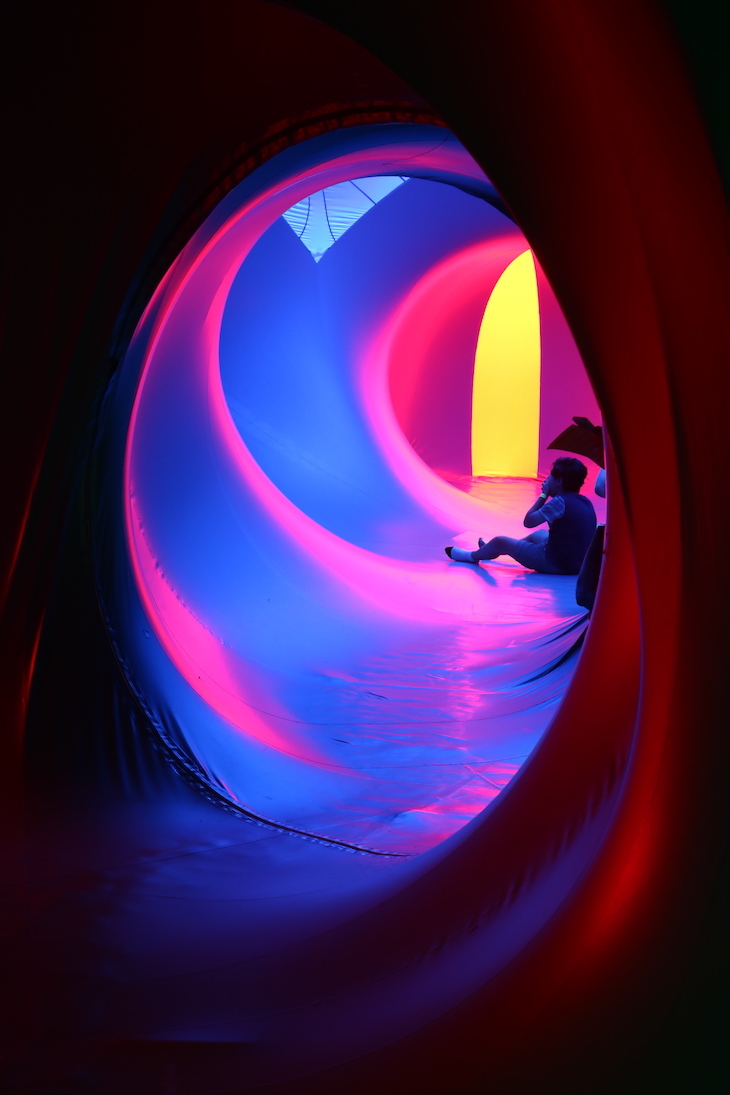 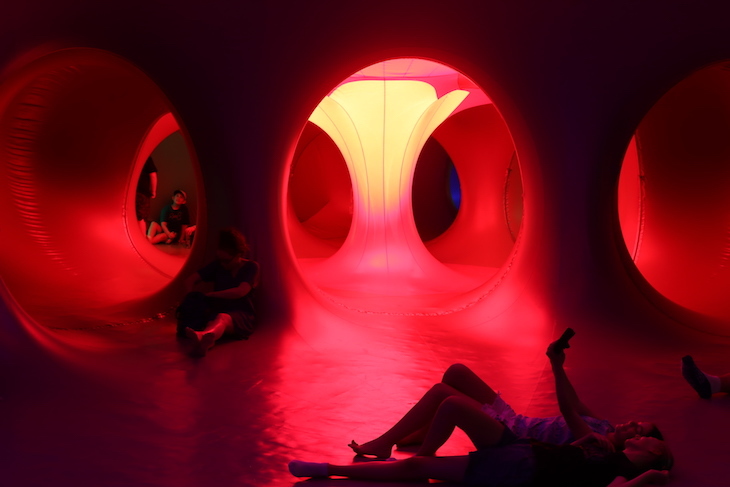 Each dome bears its own stylised leaf motif rendered in graphic simplicity, yet its centre dome is an interpretation of the tall Gothic windows and arching columns of Chapter House at York Minister, UK (which I won't spoil here - you'll have to see it for yourself!) It can get quite hot inside, and although there is a small amount of airconditioned air blowing through, it doesn't go far. You'll find clumps of people sitting to rest right nearby the vents, cooling off for a bit. 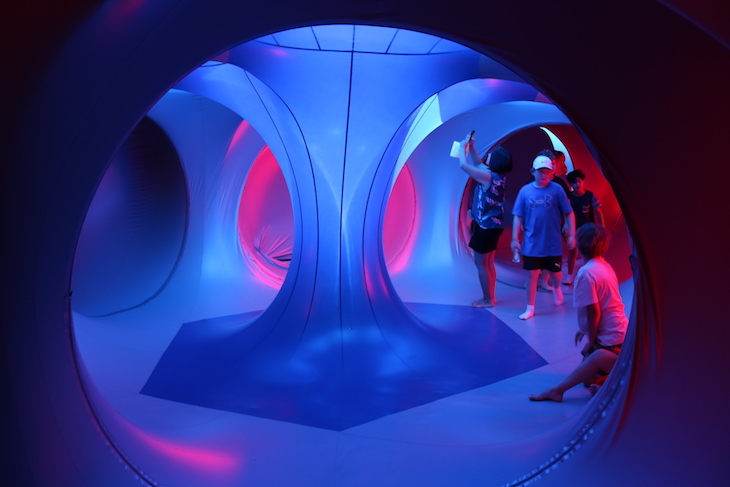 If you purchase tickets at ACMI on the day, the wait can be quite a long one - we were told at least an hour. It wasn't quite that long, but I'd recommend pre-purchasing tickets for a specific session time to avoid standing around with kids in the heat. 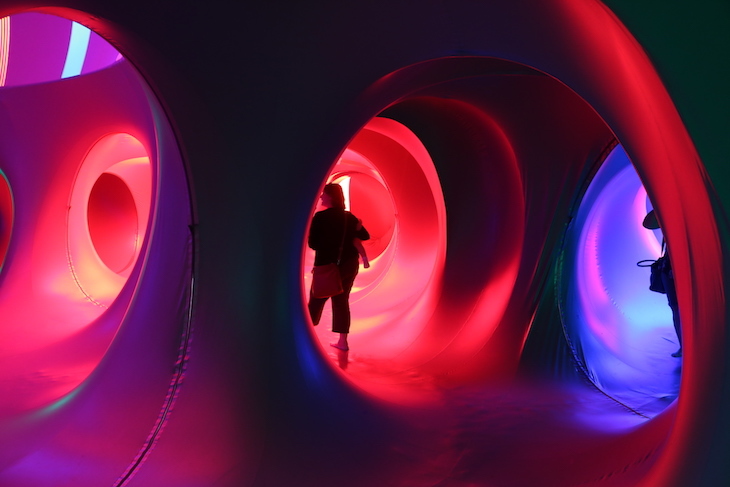 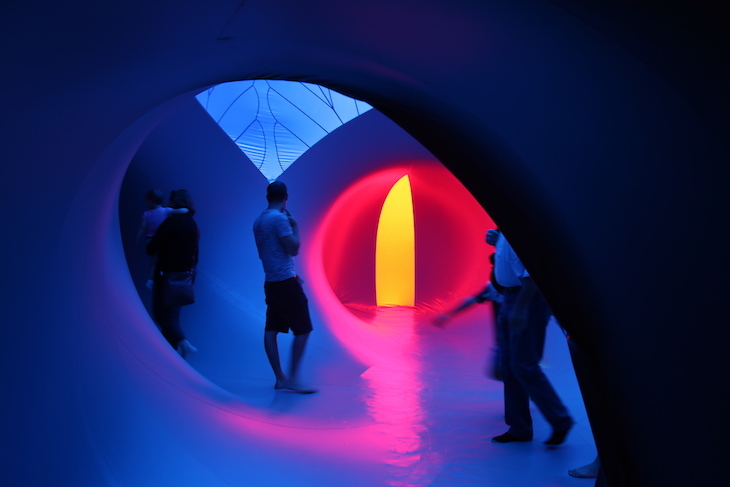 ARBORIA is created by Alan Parkinson of internationally acclaimed Architects of Air (UK) and is one of a series of Luminaria, which are inflatable structures designed to generate a sense of wonder and enchantment.

Touring Australia in association with Insite Arts, ARBORIA is only showing at Federation Square, and is powered by the Siemens EcoGen. 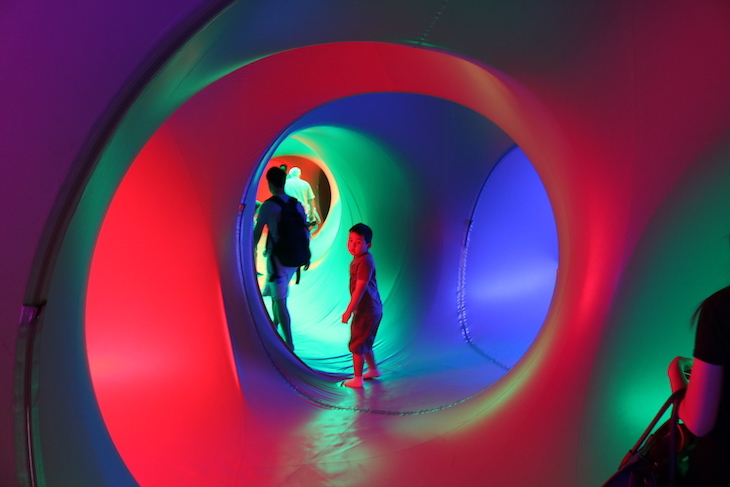 ARBORIA is suitable for all ages, wheelchair accessible and kids under 3 years are free! 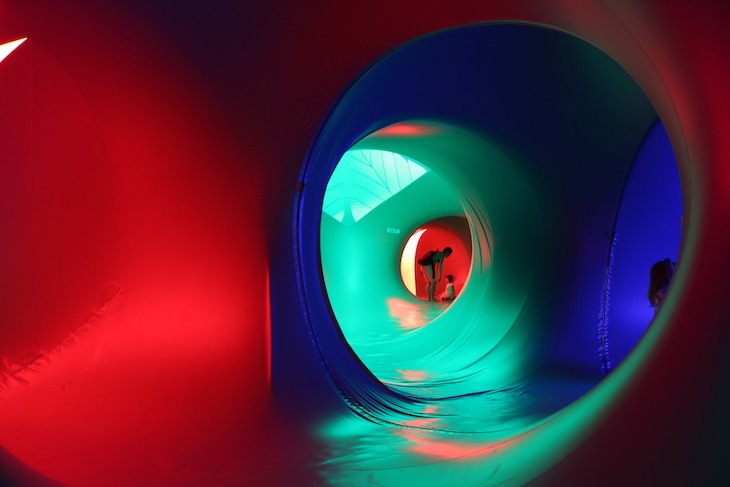