Do Children Inherit Intelligence From Their Mother And Not Their Father? 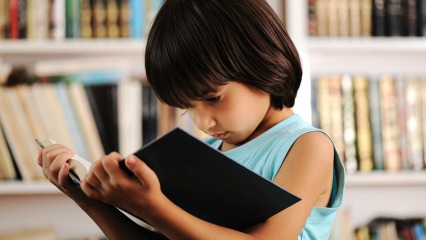 A recent report published in SECOND NEXUS and Psychology Spot (that is being questioned by many) has claimed that children inherit their intelligence from their mothers, not their fathers.

The “Science” Behind It

Although the genetic science behind it is quite complicated, here’s the gist: Intelligence is carried on the X chromosome, and women have 2 of these (whereas men are XY) . It is also reported that ‘conditioned genes’ which are responsible for advanced cognitive functions, must come from the mother.
This was concluded from a trial of laboratory mice. Those that were injected with extra maternal genes grew big brains and heads, whilst those with extra paternal genes grew larger bodies in comparison to their heads.
Furthermore, the report included results of interviews given to 14-22 year olds since 1994, and overall proved that the intelligence of their mothers was the best indicator of the child’s intelligence.

It was also indicated in Psychology-Spot that a close bond between mother and child leads to better development of parts of a child’s brain, including the hippocampus which deals with memory, learning and stress. Supposedly, children with an emotionally supportive and nurturing relationship with their mums had a 10% greater hippocampus than kids that had an emotional distance from their mothers.

A Load Of Garbage?

Whilst results of this report have been shared in the Independent UK and The New York Times, many scientists and platforms are critical of this so called breakthrough. Apparently, intelligence is much more complicated than the X chromosome and conditioned genes, and it is estimated that only about 40-60% of intelligence is hereditary. This means a heap of environmental and personal factors can influence how clever your kid is. Sorry mums, we can’t guarantee this one’s true, but our fingers are crossed.