Dawnie: Australia's Oldest Public Pool Is Finally Getting An Upgrade Save the Dawnie! If you're an inner west local you may have heard this war cry around town. It's all to do with the gorgeous, historic salt water baths situated on a harbour peninsula at Elkington Park in Balmain. Up until yesterday, the heritage-listed Dawn Fraser Baths were in danger of closure due to a battle between Inner West councillors over the urgent repairs. The pool, renamed in the 1960s after local Olympic champion Dawn Fraser, who learnt to swim there, needed around $6.7 million in repairs, such as raising the boardwalk and pavilions to overcome sea level rises.

Fortunately for all the Dawnie fans, yesterday Inner West Mayor Darcy Byrne announced that the Council had received a $2.2 million grant from the NSW Government. Along with $4.5 million funding from the Council, it's just enough to green-light the necessary upgrades, and the restoration works are set to finish in time for summer!

The Dawn Fraser Baths feature a tidal saltwater pool and are home to Australia’s oldest swimming club. Built in the 1880s, the Baths are Australia's oldest existing public pool. 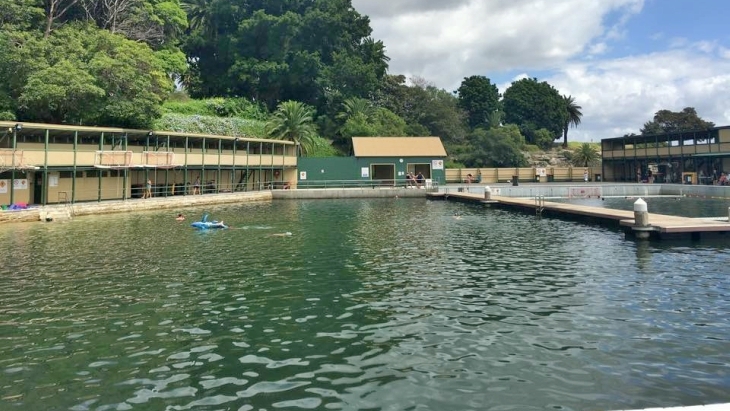 Why We Love The Dawnie

The shark-proof tidal bath is a bit of a local's secret, so they will probably curse me for telling you all about it! But it's just so beautiful. It's managed to remain relatively untouched, unlike the rest of gentrified Balmain. In fact, it's the only enclosed Harbour pool that remains in its original form in the Southern Hemisphere. The kids love it at low tide when a small beach is revealed and is perfect for wading and building sandcastles. Oh and the kiosk sells the best hot chips in town!

As stunning as they are, an investigation found the heritage-listed pool is so rundown it poses a public safety risk. Fortunately, the upgrade is on the way. The following works have been fully funded and will start in September 2019:

You can view the Dawn Fraser Baths project updates page for details.