Cinnabon Have Launched Down Under And We’re Drooling 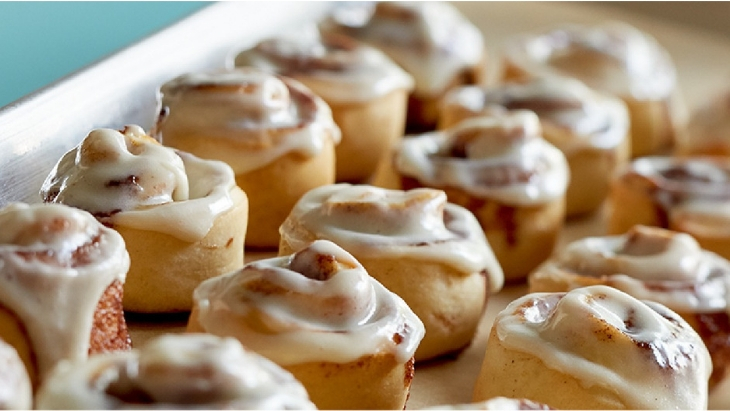 Laying lofty claims to having the world’s best cinnamon roll, renowned American chain Cinnabon are making their way to Aussie shores this year after a progressive Queensland family company landed the rights to the Seattle-born bakery giant.

Cinnabon launched in the sunshine state first, in southeast Queensland shopping centres, have expanded to Sydney and are getting ready to open Cinnabon in Melbourne on 3 March 2021!

Cinnabon opened its first Australian store on 14 December 2020 in a suburban Brisbane shopping mall. Find it on the ground level of Toombul Shopping Centre. The second store will open in Westfield Garden City, located in the suburb of Upper Mount Gravatt in January.

Rolling Out in NSW

NSW cinnamon-devourers can order Cinnabon to be delivered to your door. Get your mitts on a few different packs and three types of 'megabon' which is their version of a cake. The pastries come un-iced but with a self-frosting kit for you to decorate. Four regular-sized scrolls will cost $19–21 or nine of its smaller 'minibons' range from $27–30. Flavours include the classic cream cheese cinnamon roll, chocolate-drizzled Chocobon and Caramel Pecanbon.

On A Roll - Cinnabon In Melbourne!

Freshness is a huge focus of the Cinnabon Australia franchise as the scrolls are cooked in-store every half an hour. Bansal Group says, “their frosting and cinnamon make them different from any other brand that people can’t imitate.”

The Cinnabon Australia Facebook page was recently launched and has already amassed close to 28,000 likes. It looks like ellaslist aren't alone in our obsession with all things sweet ’n’ scroll-shaped.

The plan for Bansal Group is to sub-franchise Cinnabon in Australia while also retaining a handful of outlets for themselves. According to reports from the group, there are plenty of eager investors waiting in the wings for their slice of the scroll. We don’t blame ‘em!

They first came to Australia 20 years ago along with Starbucks and only one survived…barely!

Back in the 60s and early 70s we could buy cinnamon rolls dough in the tube from the local supermarket shop. Home baked rolls were the best. Today, few have the time to make a recipe from scratch or likes the mess. Pity no one is selling them any more in Australia. They were a 'must' for taking on camping trips.