Check Out This Awesome Hand-Knit Playground 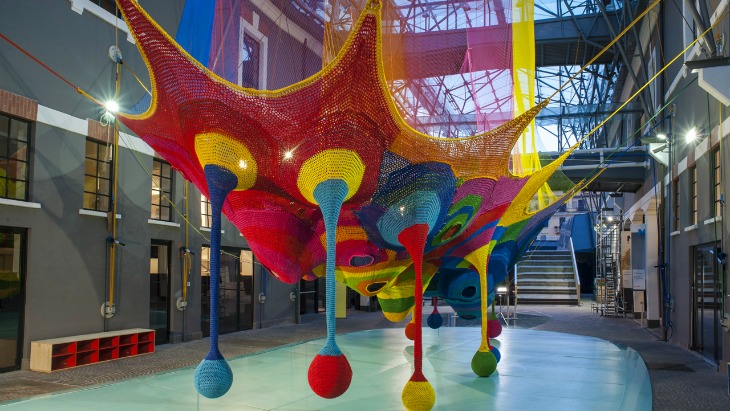 Apparently, public art was made to be 'climbed on'. Check out this epic, colourful, hand-knit playground created by artist Toshiko Horiuchi MacAdam and her artist husband Charles. It's called "Harmonic Motion", and we so wish we were in Hong Kong right now.

This Playground Has Done A World Tour

I think it's safe to say that this is the only time crochet has truly excited ellaslist. According to Fatherly, the playground is the size of a tennis court, and is found on the ground floor of Japan's tallest building. Some of the surfaces in the hanging playground are springy- kids can get bouncing as if they were on a trampoline! This masterpiece is hand-made and has done a bit of a world-tour of sorts since it's production, moving from the Museum of Contemporary Art in Rome, to an art museum in Ohio, landing for some time in Hong Kong's IFC mall. 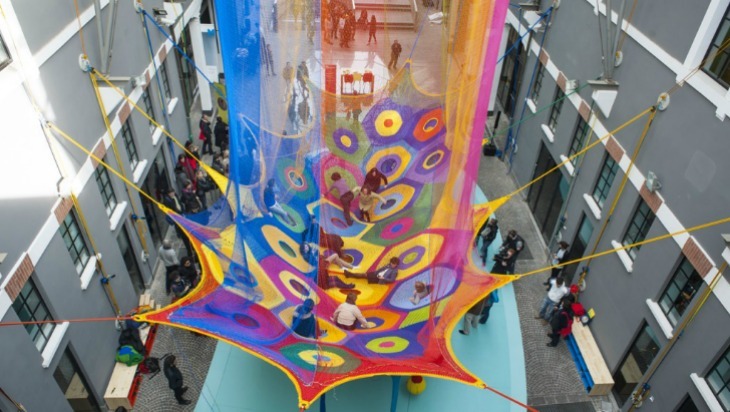 Art That Was Made To Be Played With

According to Fatherly, Horiuchi first came up with the idea for this playground when children started climbing on her art when it was hanging in a gallery. This inspiring moment (which saw her let the kids continue to play rather than getting up in arms about it) lead to her creating a piece for a preschool's playground. Horiuchi thinks these playgrounds encourage children to get active like kids did back in the 'ol days, rather than continue to live the sedentary childhood kids live in modern times. These playgrounds can be found in various playgrounds around Japan, that parents travel to from the far reaches to give their children a chance to play. We reckon they're worth the drive, too!  Best of all- they're free.

The knitted playground is now on its way to its next destination, which remains unknown. Fingers crossed it's Sydney!