Challenging the Deep at The Australian National Maritime Museum With Kids It’s widely debated, and I believe, agreed that Jack could have absolutely fitted alongside Rose on that plank of wood and that “I’m the king of the world” is both the most annoying movie quote of all time to witness being acted out when one travels on a water craft.

I am of course, referring toTitanic, the movie directed by James Cameron. 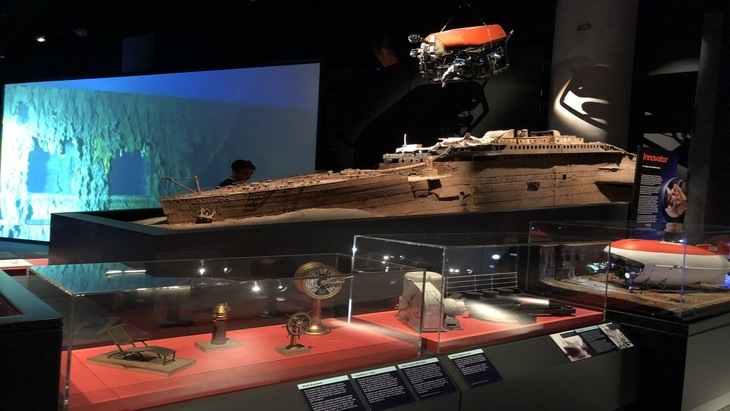 Cameron is a Hollywood powerhouse, famous for his big screen blockbusters and passionate work ethic, but did you know that he is also an avid Scuba Diver and underwater explorer? In fact, he is a man that wears many hats; Movie Director, a National Geographic Explorer in Residence, an Ocean Elder, co-inventor of the Mastercam camera which sent images from the surface of Mars back to earth(!) and previously served on the NASA Advisory Council. Yes, he is far more than just the director who had us all saying “Jack, I want you to draw me like one of your French girls” in the 90’s. 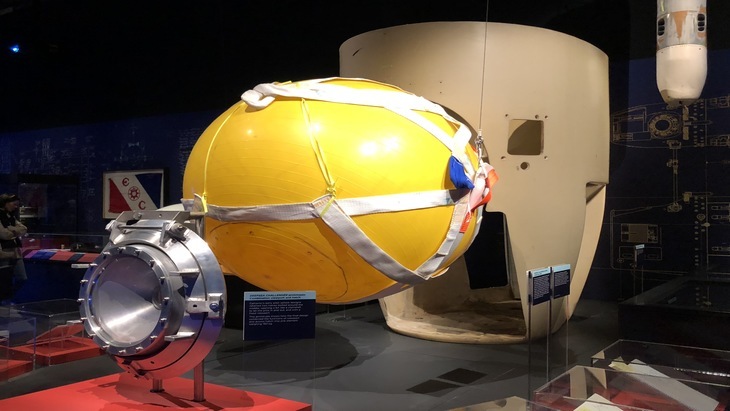 James Cameron - Challenging the Deep, currently on show at the Australian National Maritime Museum in Darling Harbour, exhibits several of Cameron’s expeditions into the deep ocean in pursuit of science and exploration of famous ship wrecks such as the famous Titanic and German battleship, the Bismarck. You will also find movie paraphernalia from The Abyss including the dive helmet and Manta ship filming model.

For most of us, the Titanic is of the most interest. The exhibition displays famous costumes and props from the movie, including the grand staircase cherub lamp, the engine telegraph and the “wearing ONLY this” Heart of the Ocean diamond. In fact, for a mere $100, you can buy your very own replicate from the museum shop! (very tempting….). There is of course, footage inside from the REAL Titanic wreck which I continually find enthralling. So much of the vessel still remains intact after all these years. 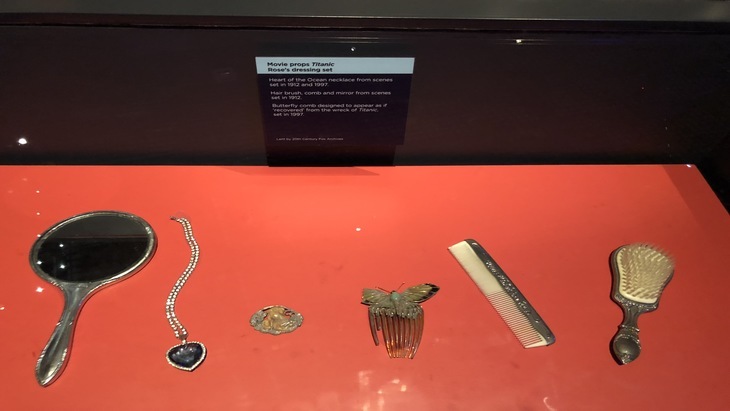 Visiting with my two young boys (4 & 2), this was really one for me as I enjoyed the connection to the movie and found the explorations fascinating. There are a few hands-on activities my eldest happily “dived” into (pun intended) like the replica DEEPSEA CHALLENGER; an Australian made steel pilot sphere that is capable of withstanding more than 1.25 tonnes per square centimetre of full ocean depth pressure and a touch screen showing how the ships came to be on the bottom of the ocean. Several screens show snippets of his documentaries covering the sea expeditions and the building of his specialist sea craft. We enjoyed the imagery of deep ocean creatures, too. 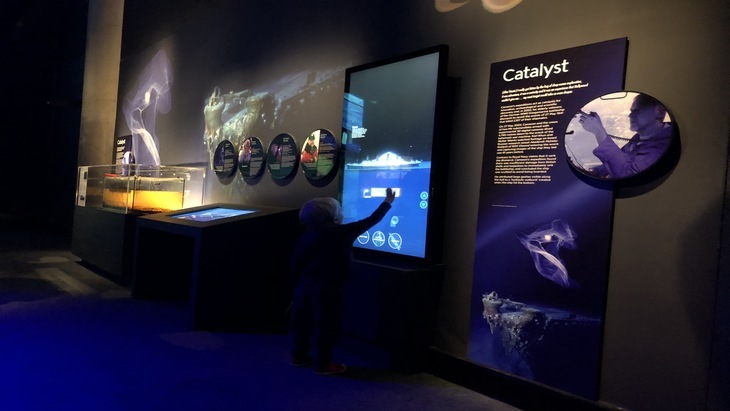 Outside in the Kids on Deck play area, the museum have teamed with the ocean theme, offering Deep Sea Mystery Activities. Open daily with school holidays from 10am – 4pm (Sundays 11-3pm only during school term). We had the choice of fishing, digging in a shipwreck, screen printing a deep-sea creature or making a deep-sea octopus and/or submarine. We selected to make a purple submarine with gold windows that looks remarkably like a sail boat from Dubai. Kids on Deck is free with any paid museum ticket and free for members. 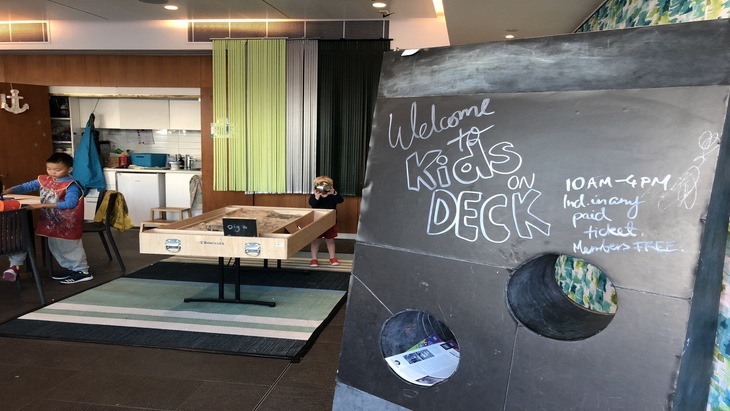 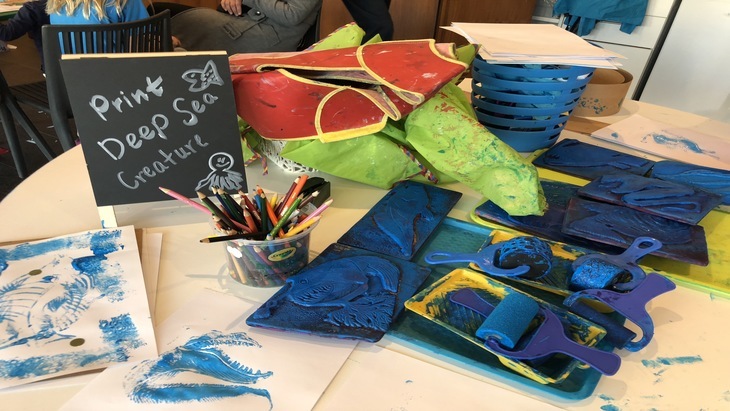 In other exciting news, the Maritime Museum has recently renovated the free Under 5’s kids play area (woot woot) and the improvements are terrific. Plenty of sensory stimulating activities for young babies and imaginative props for the bigger kids too. 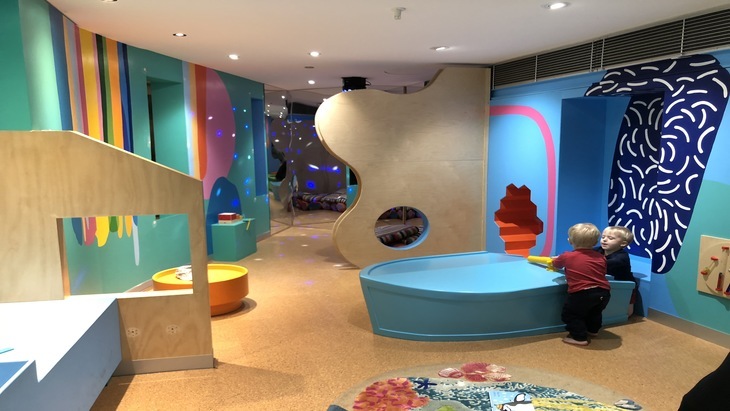 Other exhibitions now on at the Australian National Maritime Museum include: 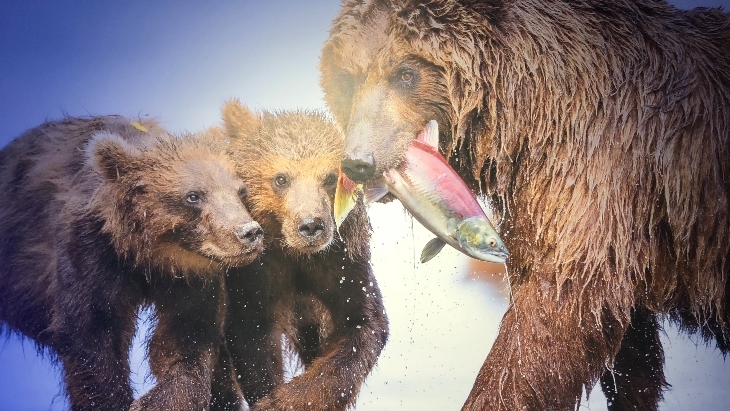 And don’t forget to tell them ellaslist sent you!