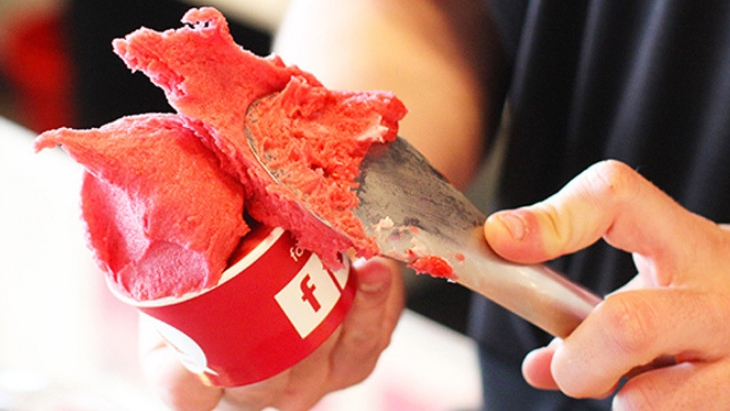 I  scream, you scream, we all scream for… GELATO! That’s because gelato trumps boring old ice cream in so many ways. Not only does gelato have a smoother, silkier, denser texture than ice cream, gelato is served at a warmer temperature that ice cream (goodbye brain freeze) and has a lower fat content which means less calories! #winning. It is also usually egg free and gluten free making it more allergy friendly, or you can opt for gelato’s yummy cousin sorbet, which is dairy free as well.

Offering wide range of flavours, gelato bars have popped up all over Brisbane and, in even better news, most are available through delivery services such as Uber Eats or Deliveroo! Here are some of Brisbane’s best:

Using the best quality ingredients such as milk from Maleny Dairies, Nom Nom hand-craft their delicious frozen goodness. They have a great selection of flavours, including Caramelised Macadamia, Salted Pistachio and Maleny Milk & Toblerone. Of course, their offerings are constantly changing so you never know when you might find something new! They also have a range of dairy free, gluten free and vegan gelato so there is something for everyone.

Do you love gelato so much you want to make your own? Well that’s exactly what you can do at La Macelleria. Every Monday night at their Teneriffe and West End stores they run workshops where you can learn the traditional art of making gelato. Of course, if you simply want to eat the goods, it goes without saying they have a excellent range of gelato made with quality ingredients. They also do cakes and have a gelato cart which you can hire for events. The thing we love most about La Macelleria? They celebrate the “hedonistic pleasure” that is gelato!

You will definitely want to taste some of this multi-award winning gelato. With over 40 ever-evolving hand-crafted flavours, you will be hard pressed to choose just one. Perhaps you’ll opt for one of Milani’s amazing sundae creations such as Death by Chocolate or Tiramisu Delight. Or if you are feeling virtuous, you could go for the Fruit Cocktail, while the kids indulge in a Mickey Mouse or a Busy Bee. If none of those tickle your fancy, you can create your own sundae which is great news for  those on a restricted diet, as there are dairy-free, vegan and gluten free options. Milani can also create you a cake or dessert for that special occasion or why not hire their gelato cart and let your guest choose their own? 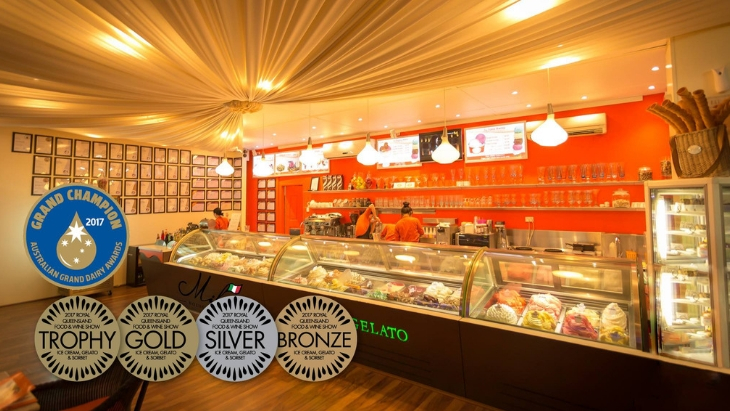 An absolute favourite amongst locals, Jeppo Gelato offers fresh daily made gelato and sorbet, as well as barista made coffee, T2 tea and a delicious selection of food. Ingredients are sourced locally where ever possible and Jeppo’s even have their own back-of-house garden. Gelato flavours are often seasonal and constantly changing, but some faves include popcorn and apple pie. The super relaxed atmosphere is enhanced by local live music. You can even watch the gelato being made!

While most gelato lovers don’t need to be schooled in appreciating it divine goodness, it is still a great excuse to indulge. Gelato Messina offers a Gelato Appreciation class which they describe as “part gelato making class, part info session, part science lesson, and part gelato degustation”. Sounds like pure delight! Or you can just order from the 35 traditional and 5 rotating flavours available over the counter, each made using Messina’s unique recipes. They even have their own app which acts as a loyalty card and gives you access to a bunch of cool (pardon the pun) offers. 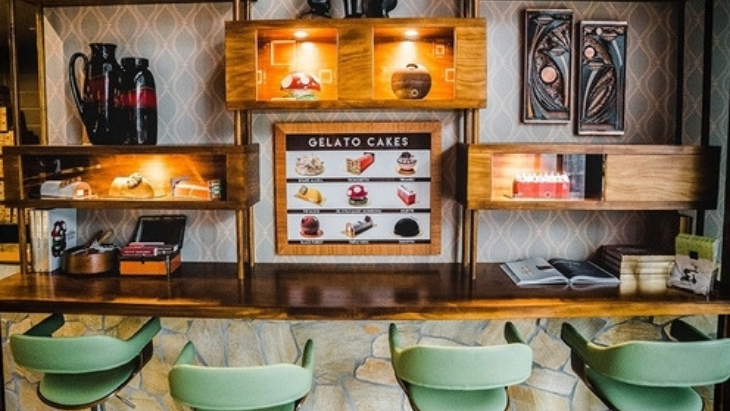 A small, family owned business, Ciao Gelato specialised in traditional Italian gelato with an Australian spin. Offering a wide range of artisan gelato flavours, they let customers be their inspiration with a new customer suggested flavour launched every week. Other unique offerings include the Fit-Lato which is a low calorie, high protein, low sugar creamy desert of their own making. Or if you are after a unique party idea, why not get some of their delicious party pops as a cool addition to your next celebration?

More fun stuff to do with kids: