Blast From The Past: Tamagotchis Are Making A Comeback! 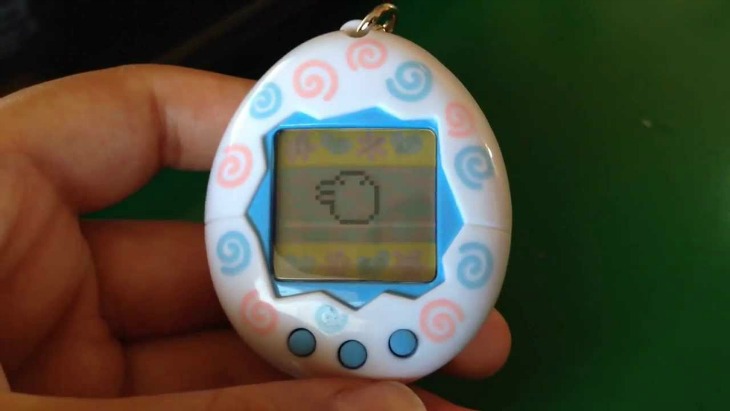 First, it was Pokemon Go, next it was the relaunch of the Nokia 3310 mobile phone that just never seemed to break, and now this: the classic Tamagotchi is making a comeback!

90s babies are set for a nostalgia hit because Bandai, the Japanese company behind these tiny yet demanding virtual pets, has released Tamagotchis in their original style to celebrate their 20th anniversary.

The Only Pet Your Parents Let You Have

Who didn't own a Tamagotchi? Safe as houses in every 90s kid's back pocket or clipped onto backpacks and belt buckles, it seemed like every kid back in the day brought theirs to the playground at recess before many schools were forced to ban them. Parents had to pry them out of little hands at dinner time, not knowing that these tiny little oddly-shaped creatures needed to be fed, watered, put to sleep and cleaned up after. And who could forget the excitement of that first pinprick in the back of the little egg-shaped device watching your new dependent hatch for the first time. Back in 2005, according to News.com, South Australian MP Nick Xenophon tried to have them banned, claiming they'd create the “gambling addicts of tomorrow." If only he could see the screen filled world we and our kids live in a mere 12 years later....

Perhaps, after years of iPhones and tablets and the incredible leaps and bounds made by technology, the kids of today just won't appreciate these sweet little babies. That won't, we're sure, stop today's parents forcing them into the hands of their little ones at worse, or stop mums from taking a very distracting walk down memory lane until the novelty wears off, at best.

You've Gotta Get One

Although they're only being produced in Japan, you can find the original Tamagotchi's online for a whole range of prices. We suggest scouring ebay or the like for the 'classic 1996 Tamagotchi'. If that fails, there's probably one, still clinging for life due to years of neglect, tucked away in the basement of your old family home.