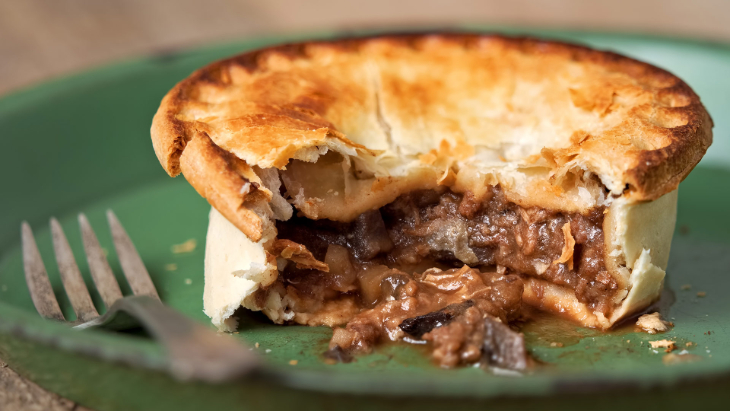 One of the best things to do on an Aussie road trip is to taste the local cuisine, and we all know that means MEAT PIES! My theory is that the smaller the town, the better the meat pie, which is why it's no surprise that Australia's greatest pie can be found in the little old town of Kyneton, hidden away in the Victorian Macedon Ranges.

A Crust Above The Rest

The Baking Association of Australia held its annual pie and pastie competition early last year and the crown of Australia’s Best Pie went to Country Cob Bakery for the third year running!

In 2019 it was their Caramelised Pork and Pepper Pie which took the glory (developed by bakery co-owners brothers Ryan and Chan Khun, in a nod to their Cambodian heritage.) In 2020, their flaky Pepper Beef Pie took out the crown, making it the current champ. The 5 times gold medallist was also deemed Australia's Best Flavor Beef Pie.

If you want to try all of the winners, why not make these pit stops part of your next road trip itinerary. Hello bucket list!

And if you have a lot of time on your hands, you can check out all of the medal winners.

Is This Australia’s Best Fish ’n’ Chips?
How To Make Your Fast-Food Favourites At Home
Melbourne's Best Themed Restaurants